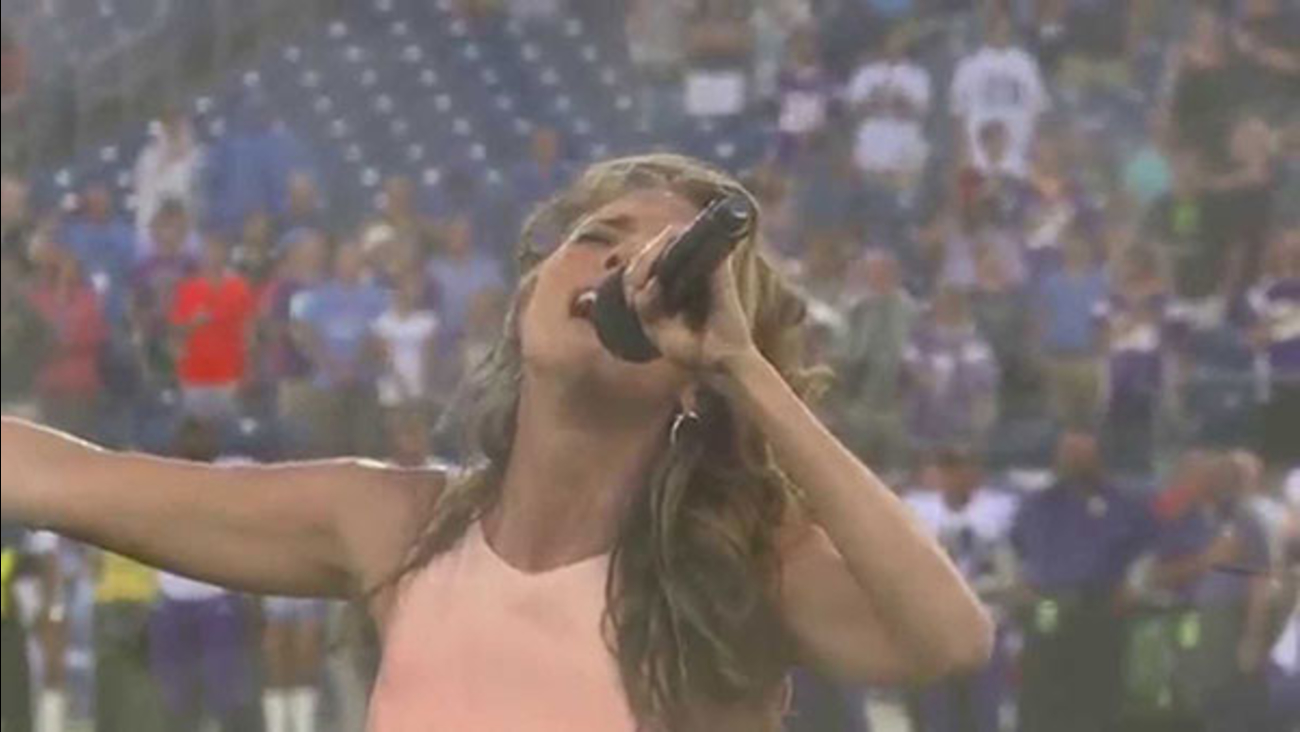 As many celebrate a national holiday, one woman is one step closer to her goal of raising awareness for a national treasure: "The Star-Spangled Banner."

Janine Stange, or "National Anthem Girl" as she calls herself, just completed the final state on her 50-state tour, singing the anthem in each state. According to the Tennessean, she will be the first person in history to do this.

She said she is doing it to raise awareness of the song's 200th anniversary, which is on Sept. 14.

She explained on her website why the song means so much to her: "Those of us who haven't served in the Armed Forces can only imagine what a soldier goes through. I count it a honor to sing this song, it never gets old or 'routine' to me."

Stange is not done singing yet. She will honor the song's birthday at the 9/11 Memorial & Museum in New York City on Sept. 12 and at the Star-Spangled Spectacular celebration in Baltimore on Sept. 13 and 14.

Check out highlights of Janine's journey below, and let us know: What is your favorite ever rendition of the song?

Florida, one of her first states
George Steinbrenner Stadium in Tampa

California in 2014
The Endeavor awards in Los Angeles