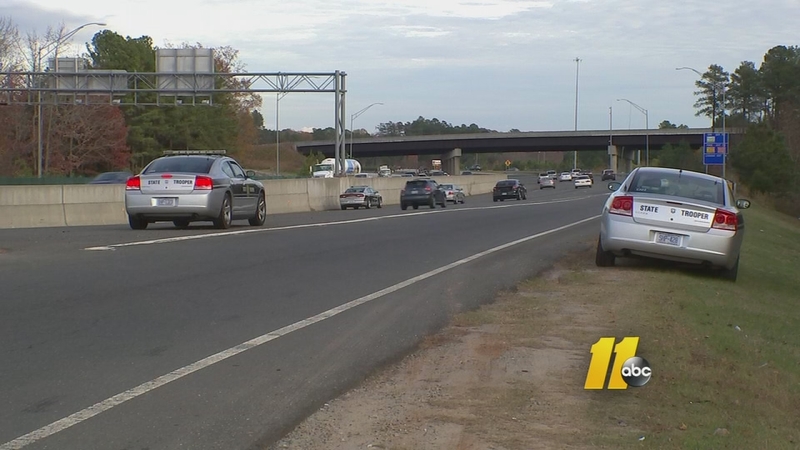 According to AAA, nearly 42 million Americans were expected to take a holiday road trip this weekend. To coincide with an increased volume on the roads, the North Carolina State Highway Patrol joined forces with the Governor's Highway Safety Program and local law enforcement to participate in the N.C. Interstate Challenge Campaign.

The purpose, according to the Highway Patrol, was "to combat fatal collisions along targeted highways in hopes of obtaining a desired goal of zero deaths within the campaign's allotted time frame."

In addition to watching for impaired drivers, Sgt. Michael Baker says they were also looking for the following: "Very aggressive speed, any type of aggressive driving, texting while driving, driving while distracted, failure to wear a seatbelt."

And by pulling people over and simply having an increased presence along state roads, the Highway Patrol was pleased to report that they met their goal on the first day of their campaign.

"The 25th, the Wednesday before Thanksgiving, we're pleased to report that we had zero fatalities throughout the entire state," says Sgt. Baker.

However, Friday and Saturday saw a total of 8 people killed in accidents on state highways. As of noon Sunday there hadn't been any additional fatalities, but final reports were not yet in.

As for how you can do your part (besides being alert), follow the speed limit, and follow other vehicles at a safe distance.

You can also report other dangerous drivers. You can do so by calling *HP (or *47.) Troopers do say you should simply call and report another driver. Try to give officers a description of the vehicle, a license plate, and a location, but do not take matters into your own hands and try to follow them.