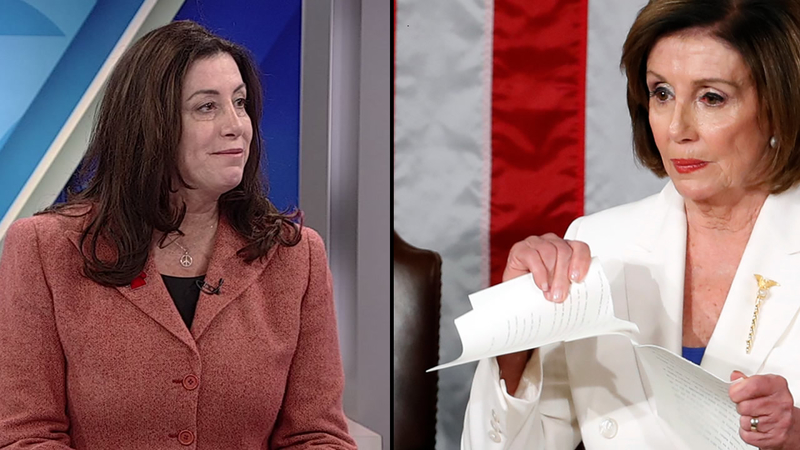 But the big talker was Pelosi ripping a printout of Trump's speech behind him after his address.

Those moments went viral. But more than that, they highlight the long-running and increasingly bitter political feud between the two party leaders.

She says the Speaker's move to rip up the President's speech was completely unplanned and came after a string of events.

Being seemingly snubbed by the President when she extended her hand to shake his before the speech and having to sit through what the House Speaker calls a series of untruths.

In fact, the Speaker was quoted today saying that the President shredded the truth, so she shredded his speech. Christine Pelosi says it's an Italian grandmother's move.

The House Speaker's own mother once took away the dinner plate of a rude guest and then came back to the dinner table and carried on as normal.

Christine Pelosi also dismisses critics who say that Madame Speaker's move was not reflective of taking the high road and that it's standing up to the President as she has done many times before.