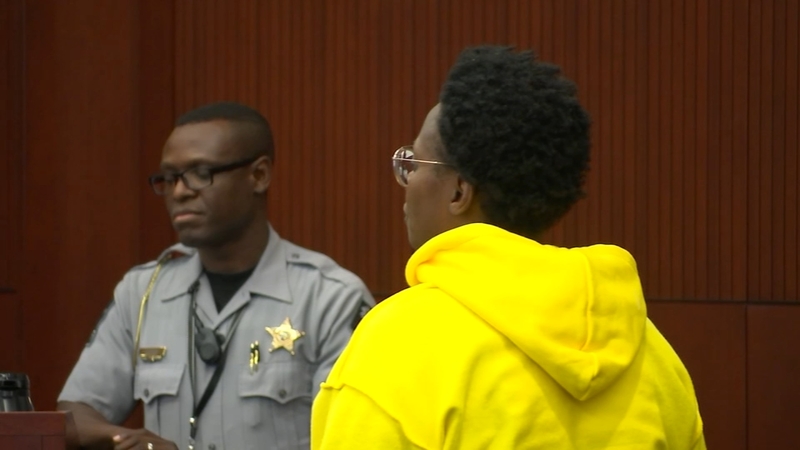 RALEIGH, N.C. (WTVD) -- Diana Mems, the driver known across the Triangle for her STAYUMBL personalized license plate, was back in court Thursday, a day after being found guilty in two of three charges in Durham. This time, it was to face charges in Wake County.

Mems pleaded guilty in Wake County to charges that a grand jury handed up this past spring, including speeding and careless and reckless driving stemming fro man incident on Glenwood Avenue.

An officer said he saw Mems switching lanes without a signal and speeding.

Diana Mems ... aka the #STAYUMBL driver... just pleading guilty to charges a Wake Grand Jury handed up this past spring. #ABC11 pic.twitter.com/qgm0VuxmKA

Judge Ridgeway sentenced Mems to 20 days in jail for the charge of speeding 68 in a 45 mph zone. He sentenced her to serve 60 days on the reckless driving conviction and ordered those sentences run concurrently and be suspended while Mems serves 24 months of supervised probation.

As a condition of her probation, Mems must undergo a psychiatric evaluation and was ordered not to operate a vehicle during that time.

The probation will be transferred to Durham County, the judge said.

The District Attorney also said in court that Mems is also being investigated by the North Carolina Department of Insurance for 41 cases of insurance fraud.

ABC11 has reached out to the Department of Insurance but has not yet heard back.

A day earlier, Mems was convicted on two charges in Durham County related to an incident with a Durham School bus.
Mems was on trial for a reckless driving incident caught on camera by a Durham school bus driver.

DA says Diana Mems is currently being investigated by NC Dept of Insurance for 41 cases of fraud. #ABC11 pic.twitter.com/kUXg78ysO5

For the Durham convictions, Mems faced a maximum of 120 days for each guilty charge. The judge consolidated Mems sentence into one but suspended those terms and sentenced Mems to 12 months of supervised probation. If Mems were to violate her probation she could potentially face the 120-day active sentence