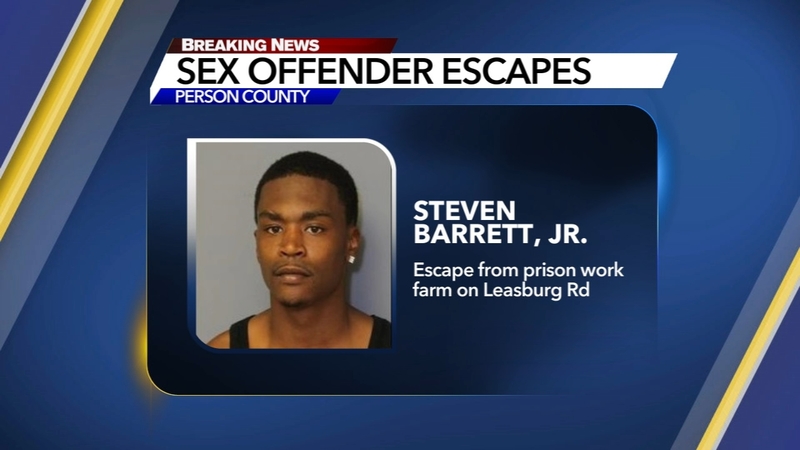 ROXBORO, N.C. (WTVD) -- Authorities have captured a Person County inmate hours after he escaped from the prison work farm on Thursday afternoon.

Barrett was taken into custody at 111 Person Court around 8:30 p.m., Roxboro Police Chief David Hess said in a tweet.

"Barrett was outside hiding in the shadows when he realized he had no where else to go except back to prison," Hess said.

According to jail records, Barrett was originally jailed back in February 2015 after he failed to register as a sex offender. Barrett was serving a four-year sentence and was set to be released next February.

Barnett is in the custody of the Department of Corrections and who said they will likely seek several charges in his escaping.