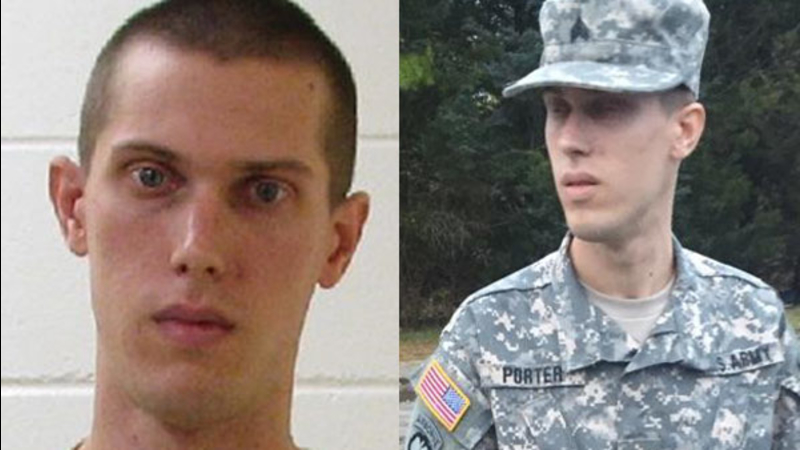 GALLOWAY TWP., N.J. -- A New Jersey man has been arrested for allegedly impersonating a soldier on Veterans Day.

He was found dressed in a military uniform in the area of a base near Pomona Road and Atlantic Avenue on Wednesday.

Patrolman Gary Brenner from Galloway Township Police says he recognized Porter as a man who had prior contact with police.

"It was the same exact uniform that active military reserve would be wearing. He stated that he bought the uniform from Fort Dix along with all of his badges," said Ptl. Gary Brennan.

Department of Corrections records show Porter has served time for eluding police, theft and illegal possession of a weapon among other crimes.

"That is how I recognized him is from prior incidents that would not allow him to be in the military," Brenner said.

Brenner, a veteran himself, says Porter was unable to provide any military ID, records, or evidence of service. Officials say Porter claimed he was on active duty at Fort Dix.

"He's just really wonderful, he'd do anything for anyone, he is just nothing like what they are trying to make him out to be, and it's really sad," Gunther said.

She said Porter spoke to friends in the past about his service and also wore his fatigues around her before. But according to police, Porter committed stolen valor, by pretending to be a member of the military on one of their most sacred days.

"He would always mess around with me and grab a finger and bend me in a pretzel," Gunther said. "He knows how to do all of this stuff so I don't understand what is going on right now. He knows too much to be a fraud."

Porter also had a portable radio capable of receiving transmissions from police and emergency dispatch centers along with handcuffs and keys, police say.

He was sent to the Atlantic County Jail in lieu of $5,000 full cash bail.