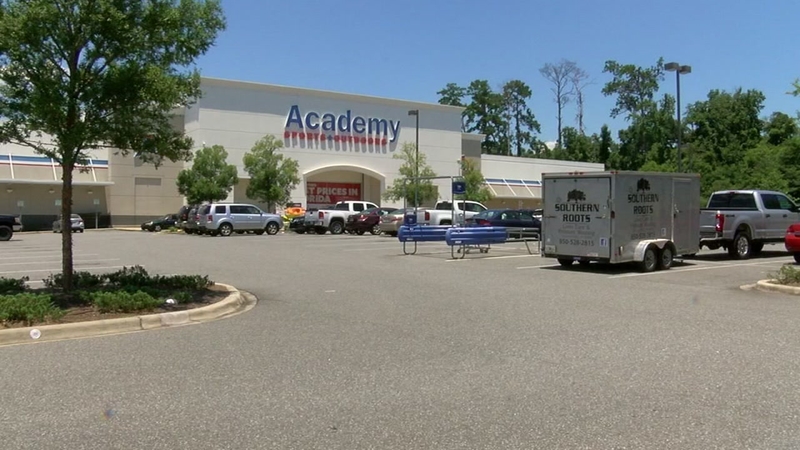 TALLAHASSEE, Fla. (WTVD) -- A manager at a sporting goods store was fired after chasing down and tackling a shoplifter who tried running out with a handgun and threatened to shoot people with it, police said.

Dean Crouch, 32, heard a commotion from employees as Jason White tried leaving a Florida Academy Sports store June 29 with a handgun, and tackled him at the store's exit, according to the Tallahassee Democrat. Crouch, who had worked at the store for two years, was fired.

"This is not something that happens for Mr. Crouch in his everyday life," Crouch's attorney Ryan Hobbs told the Democrat. "I think he was thinking there is a man running out of the store with a gun in his hand with his coworkers following from the firearm area screaming 'Stop that man.' Something had to be done and he was the one that was going to do it."

"He repeatedly said 'I stole and I admit to it' and 'I will steal again when I get out of jail,'" investigators said, according to the Democrat.

Academy Sports could not comment on specific personnel but said Crouch's termination was handled in accordance with its policy, according to the Democrat. It is unclear if the other employee was also fired.

"While the incident ended without injury, actions inconsistent with corporate policies were taken," company spokeswoman Elise Hasbrook told the Democrat. "We addressed the matter with the local store and individuals involved."