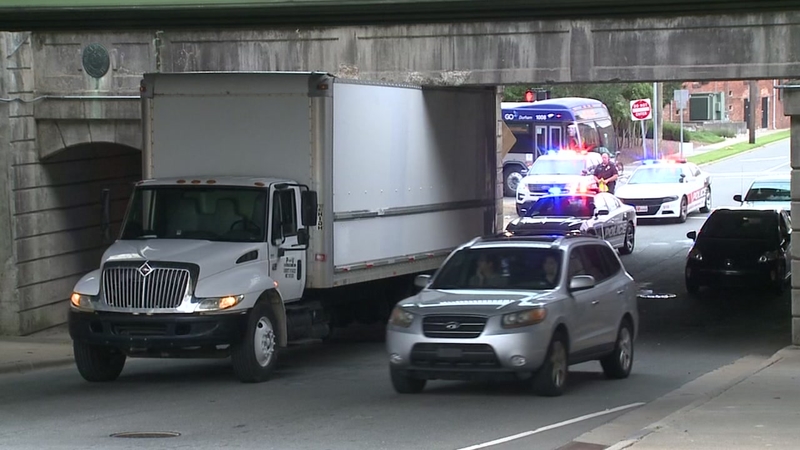 A white box truck from P and V Delivery became wedged under the bridge at the height of the evening rush hour Wednesday.

The driver tried to squeeze in under the first bridge despite a relatively new warning system telling drivers of tall trucks to turn so they don't get stuck.

Durham police responded and a crew let air out of the tires to get the truck unstuck.

Another railroad bridge in Durham has snared dozens of trucks at the intersection of South Gregson Street between West Peabody and Pettigrew streets.