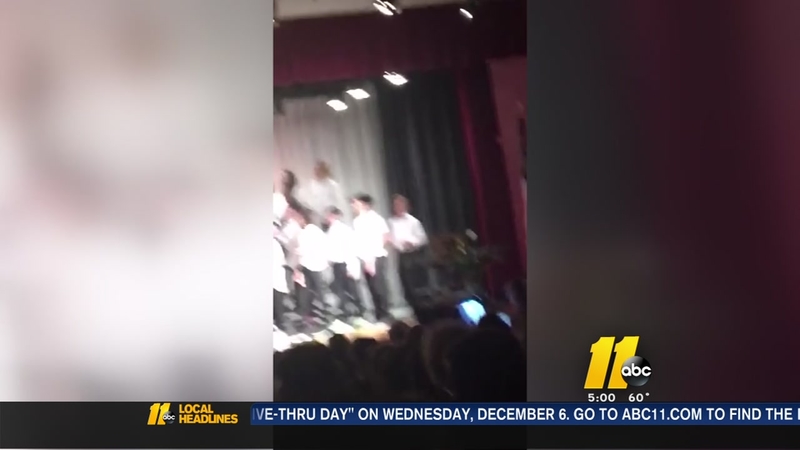 WAKE COUNTY (WTVD) -- A Wake County mom said school administrators took it too far when they disciplined her son for dancing during his Heritage Middle School chorus concert.

Katie Brown captured about 30 seconds of cellphone video of her son Kai dancing on stage during the choir's rendition of "Jingle Bells" Thursday night.

"I had a little jingle bell in my hand and I was swinging it around and doing my head like this - swinging it," said Kai, bobbing his head from side to side.

Brown said her son got more animated after she stopped recording, but she never expected he would be disciplined for his actions.

The next day, Brown said administrators pulled him out of chorus class; he spent the entire period in suspension where he wrote an apology letter to his teacher.

"My first initial reaction was to laugh because it was so absurd," said Brown. "It was just ridiculous, the punishment that came down the line for that. After that, I was angry. It just didn't fit the crime, if enjoying yourself is a crime. He's a kid. He's 12."

Lisa Luten, a Wake County Schools spokesperson, said the formal concert was treated as a classroom setting since students were given instruction and being graded on their performance.

In that case, Luten said disrupting a classroom or distracting other students would be subject to disciplinary action.