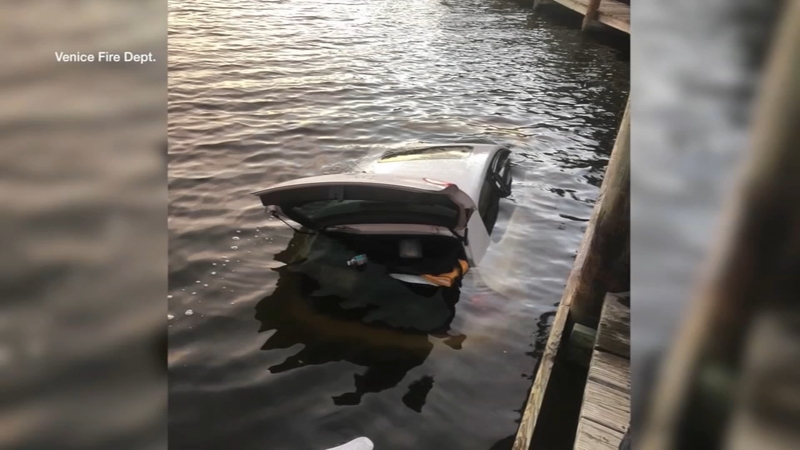 VENICE, Florida -- A kayaker is one of two men being called a hero for pulling an 81-year-old woman out of a car that had gone into the water.

Every Thursday morning Rob Goodman launches his kayak to go fishing at Higel Marine Park in Venice, Florida, but this Thursday was different.

Goodman says he could only see part of the car's roof. He flagged down a paddleboarder, and that's when they realized someone was inside.

The two men just so happened to be a former firefighter and a former reserve deputy. They called for help but their instincts took them into the water to get her out.

Surveillence video shows the 81-year-old's car going into the water around 9:30 p.m. Wednesday.

She had been in the water for nearly 10 hours with only inches of breathing room, and the tide was rising.