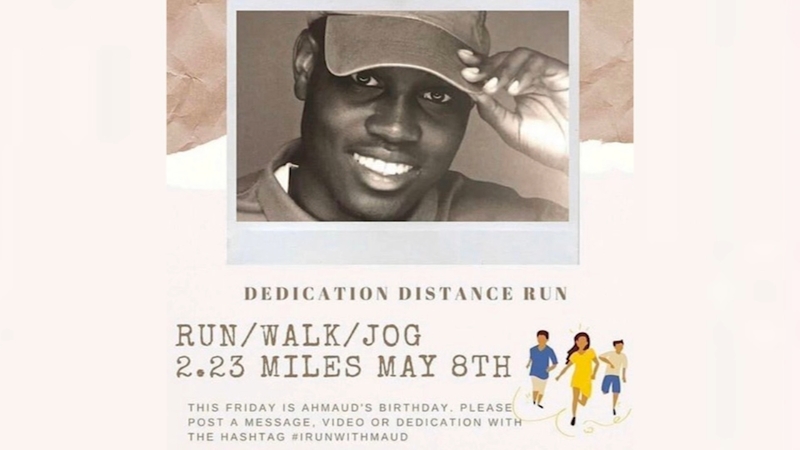 Ahmaud Arbery was shot and killed while jogging on Feb. 23 in Georgia and on Friday, people across the Triangle and the world are running in his honor.

The death of Arbery, 25, has become the subject of nationwide outrage after a video of his harassment and subsequent shooting surfaced on the internet.

"My initial reaction was shock and then when I heard how old he was, that's when I really put things into perspective," said Southern Durham High School football coach Trey Lucas. "He was 25 when the incident happened. I just turned 25 last month, so for me, I feel like it could've been me; it could've been any one of my friends."

The death of the young black man at the hands of a white father-and-son duo stirred up racial tension across the nation. 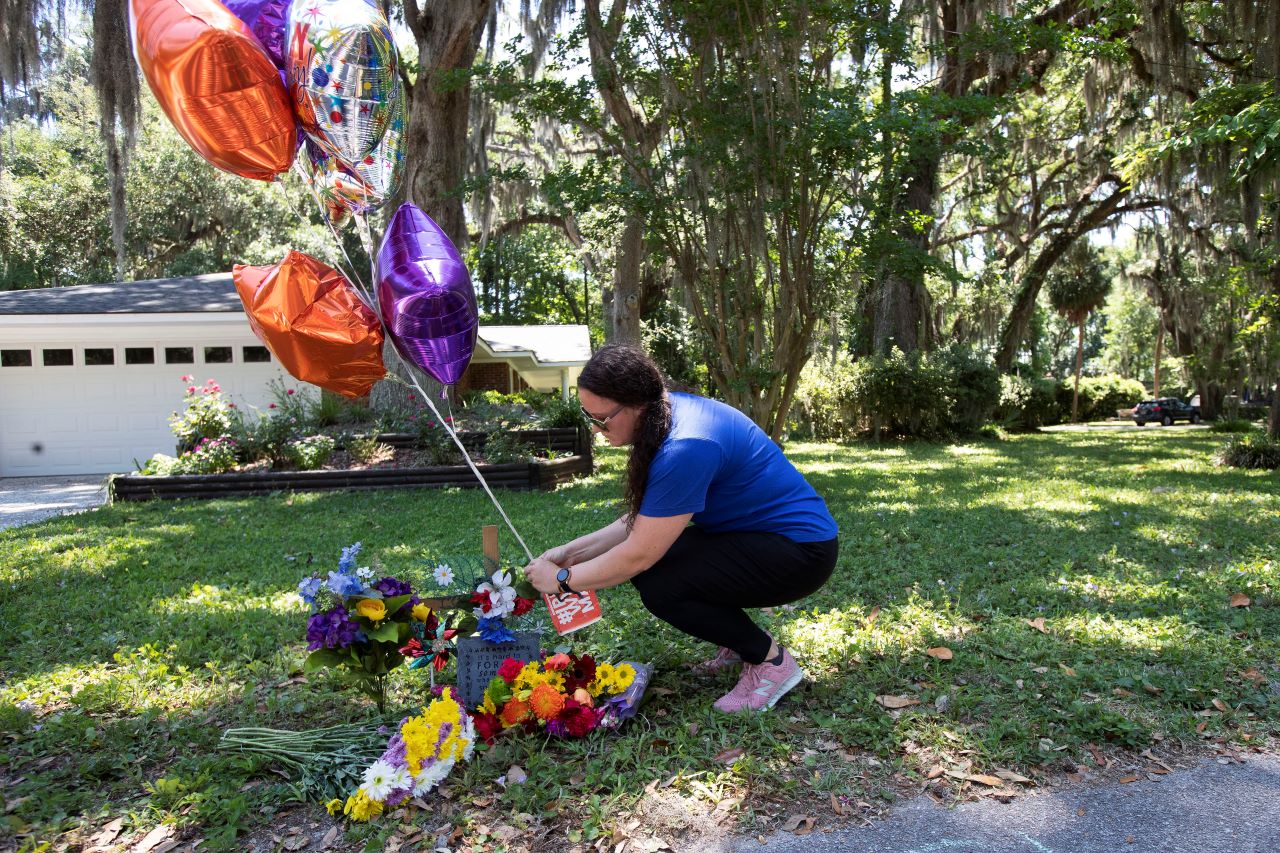 Erica Smith, of Brunswick, Ga., leaves a small paper sign on a memorial at the spot where unarmed jogger Ahmaud Arbery was gunned down.

"My first thought was, why does this keep happening? Why did this happen again?" Sarah Cade, a Leesville Road High School teacher, said. "Why is this community constantly going through this horrific experience? it's almost like Groundhog Day. It's over and over and over again. The anger, it starts to swell, and I got worked up and I went to bed mad that night."

Friday would have been Arbery's 26th birthday. In honor, people all over the country are running 2.23 miles, representing Feb. 23, the day he died.

It was an emotional homage for Cade.

"My run today was extremely visceral," Cade said. "I could not stop thinking about Ahmaud, and I couldn't stop thinking about his mother, in particular. I am a mother. I have two children and I'm also a teacher. While I was running, I was just crying; tears were pouring down my face because I want to be an advocate and you want to try and make sense of it and in a lot of ways, it's impossible." 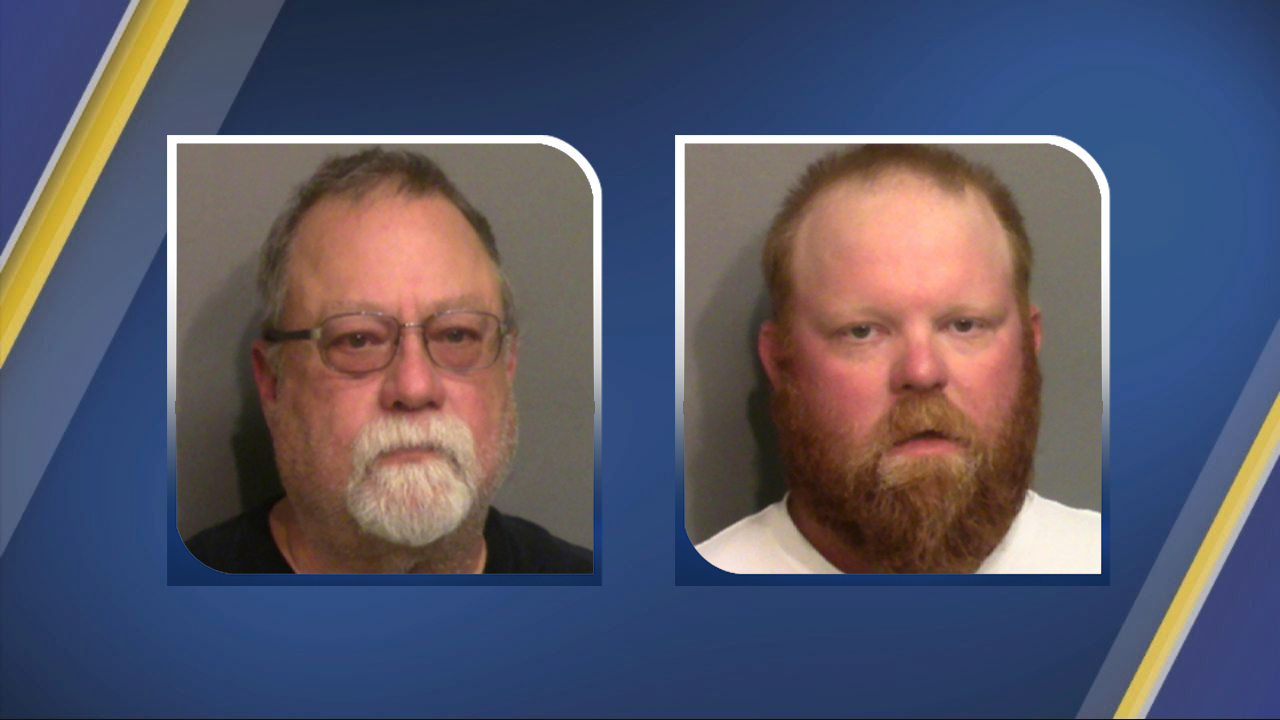 Gregory McMichael, left, and Travis McMichael are both charged with murder.

Thursday night, more than two months after Arbery's death, the two men, Gregory McMichael, 64, and his 34-year-old son, Travis McMichael, were both arrested and jailed on charges of murder and aggravated assault.

"It makes me feel like it is a shame that it took a viral video of this man's death in order to take action and move forward with this case," Cade said.

"It took two months for an arrest to be made and it didn't come until public outcry and famous people started forcing their opinion on it," Lucas said. "I feel like it should've never took that, but it's definitely a small win for sure." 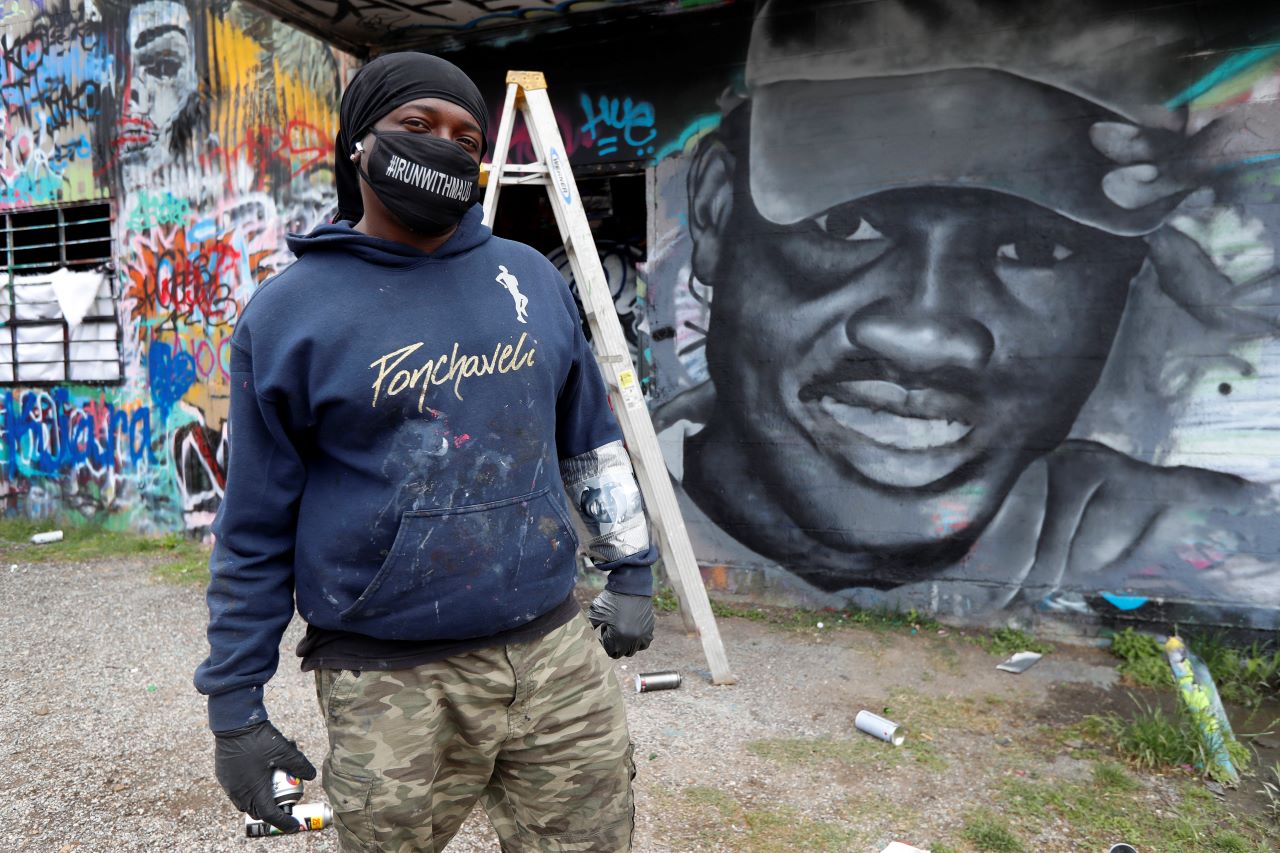 Artist Theo Ponchaveli wears a mask he created that reads, "Runwithmaud," as he poses in front of a mural that he is painting in the likeness of Ahmaud Arbery in Dallas on Friday.

Lucas said the national attention surrounding Arbery's death should just be the beginning of an even bigger discussion.

"We cannot waste another moment," she said. "There are too many lives that have been lost in this war on race and this injustice that continues. It's something that we have to fight for and advocate for every day. We have to teach our children that this is not OK. We cannot be quiet about it."
Report a correction or typo
Related topics:
durhamraleighgeorgiaarrestblack lives mattermurderjoggingrunningrace relationsgun violenceu.s. & worldman killedmemorial
Copyright © 2021 WTVD-TV. All Rights Reserved.
TOP STORIES
Death toll rises to 4 in Florida collapse amid search; 99 missing
Family of missing NC woman begs her husband to speak up
UNC students to protest Friday for Nikole Hannah-Jones
In Raleigh, Biden encourages vaccinations, warns about Delta variant
What to expect in Derek Chauvin sentencing
LATEST: Flight Day returns to Dix Park
'Scary five seconds': Moore Co. resident recounts bobcat attack
Show More
Pet Alert: As dogs roam the yards, snakes may be lurking
Older North Carolinians encourage everyone to get COVID-19 vaccine
Black WWII veteran who was denied Purple Heart finally gets it at 99
Security camera video shows moment of Surfside building collapse
Why LGBTQ+ terminology matters: ABC11 hosts a virtual discussion
More TOP STORIES News