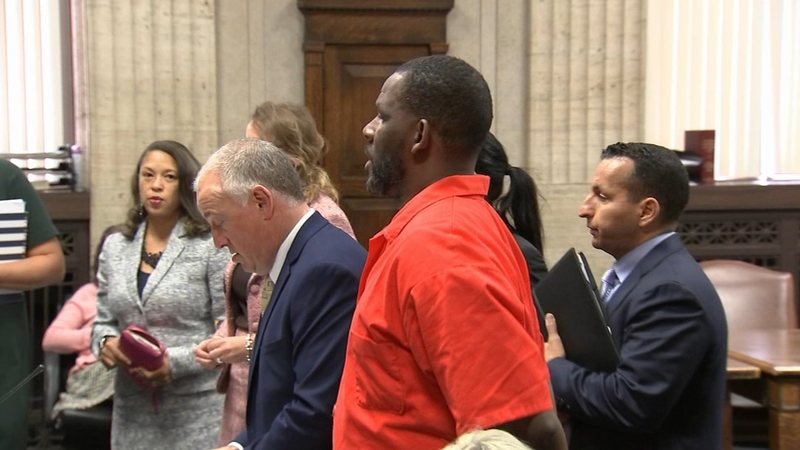 CHICAGO -- Singer R. Kelly appeared in federal court in Chicago Thursday and entered a "not guilty" plea to an updated federal indictment.

The indictment says the accuser met Kelly around 1997 or 1998, when she would have been 14- or 15-years-old. It says Kelly engaged in sexual contact or sexual acts around that time and several years before she turned 18.

Prosecutors said in court they issued another search warrant that produced 100 electronic devices that they need to look over, They asked for more time for that, pushing the new trial date to for October 13. The original date had been set for April 27.

Kelly, 53, is facing charges in Illinois, Minnesota and New York stemming from alleged sexual abuses of underage girls. Kelly was arrested in July on sex charges and remains behind bars. He denies abusing anyone.

The federal charges in Chicago accuse Kelly of filming himself having sex with underage girls and of paying off potential witnesses in his 2008 trial - at which he was acquitted - to get them to change their stories.

In December, he pleaded not guilty via a video feed to added charges in New York that he schemed to pay for a fake ID for an unnamed female a day before he married R&B singer Aaliyah, then 15, in a secret ceremony in 1994.