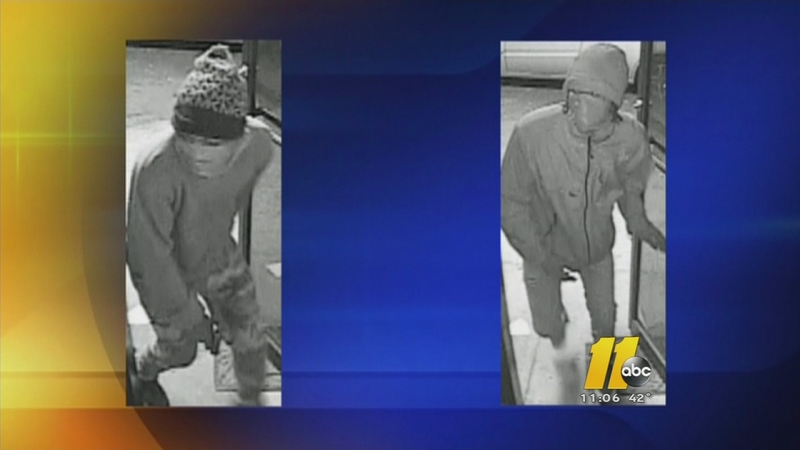 Police describe the men as black males thought to be in their late teens or early 20s. At least one of the suspects is armed with a handgun. No one was injured before the suspects left the scene.

The most recent incident happened just before midnight Dec. 31 at Magic Gold Sweepstakes at 4020 Capital Boulevard.

A 911 caller described how three masked men armed with handguns, wearing grey jackets, black pants and black and white sneakers marched in and demanded money from a single employee on duty while four frightened customers watched.

"They're black males they had on nurse... um like hospital nets on their mouths. They had guns and it was three of them and they told everybody to get down on the floor and don't move," the unidentified caller said.

On Dec. 30 another robbery occurred at Capital Sweepstakes at 3303 Capital Boulevard. Before that, another incident happened Dec. 23 at Paradise Bingo at 2620 South Saunders Street. Raleigh detectives are working to determine if there is a relationship between some or all of the crimes. In each, no one was hurt.

Anyone who believes they recognize the suspects or knows anything about the crimes is asked to call Raleigh CrimeStoppers at (919) 834-HELP or visit www.raleighcrimestoppers.org.