Lori Kaye killed in San Diego synagogue shooting, rabbi among those injured in Chabad of Poway

WTVD
POWAY, Calif. -- A Jewish leader has identified those killed and injured when a lone gunman opened fire inside a synagogue in a suburb of San Diego Saturday morning.

Rabbi Yonah Fradkin, executive director of Chabad of San Diego County, said in a statement that Lori Gilbert Kaye, 60, of Poway was killed. A friend of Kaye's, Audrey Jacobs, said on Facebook that she was "taking bullets" for Rabbi Yisroel Goldstein to save his life, and the rabbi continued to give his sermon after being shot.

Goldstein, who was injured in the shooting, remembered Kaye as a "pioneering, founding member" of the congregation and said he is "heartbroken" by her death. Kaye and her family had come to the service that day to honor her mother, who had died recently.

Fradkin said those injured in the shooting Saturday were Goldstein, 8-year-old Noya Dahan, and 34-year-old Almog Peretz. Goldstein suffered a gunshot wound to his hands, while Dahan and Peretz endured shrapnel wounds, Peretz on his leg and Dahan on her leg and face.

Peretz's brother-in-law said in an interview with ABC News that Peretz was injured as he worked to move children away from the gunman's line of fire.

All three surviving victims were discharged from the hospital by midday Sunday.

"In the face of senseless hate we commit to live proudly as Jews in this glorious country," Fradkin said. "We strongly believe that love is exponentially more powerful than hate. We are deeply shaken by the loss of a true woman of valor, Lori Kaye, who lost her life solely for living as a Jew."

An off-duty Border Patrol officer attempted to stop the suspected gunman, John Earnest, inside the synagogue, but he escaped and later called the California Highway Patrol to arrange his own surrender following the shooting, according to authorities. San Diego Police Chief David Nisleit said the officer who took Earnest into custody clearly saw a rifle in the front seat of his car.

Investigators are looking into whether or not Earnest was involved in a recent fire at a mosque in nearby Escondido, California. 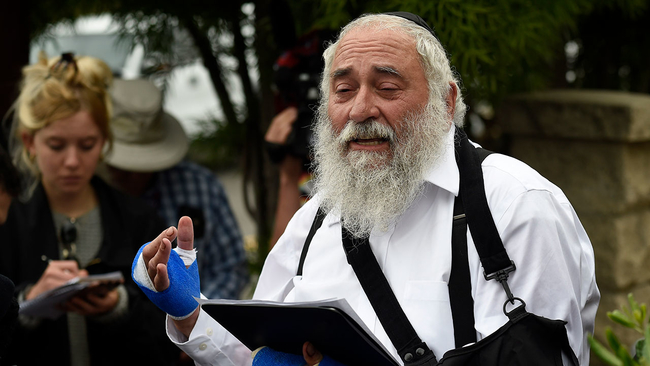 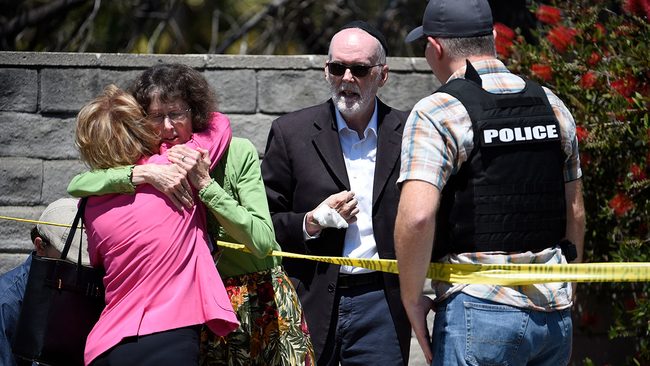 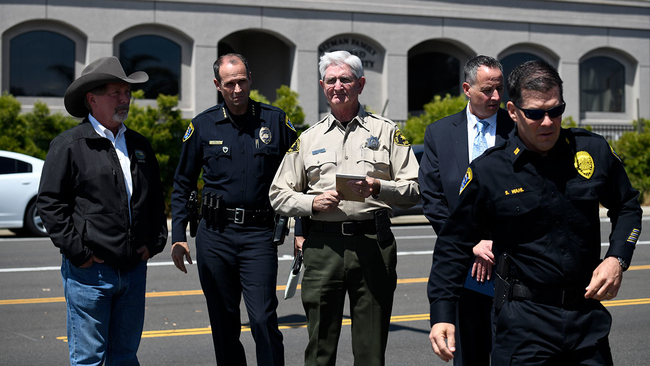