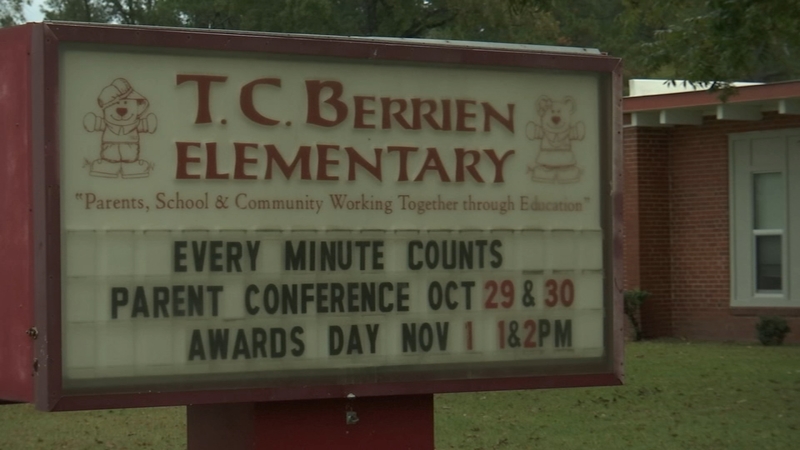 CUMBERLAND COUNTY, N.C. (WTVD) -- An entire Cumberland County school is shutting down after school officials have cited air quality and structural issues to the building.

Students and teachers at T. C. Berrien Elementary are moving to W. T. Brown Elementary in Spring Lake which is 20 minutes away.

"How long has this been going on? They haven't been saying anything about it until now," said Marshelle Maynard, a parent of a second-grader. "This is the first time I'm hearing about this honestly. Children are moving to different classes and the gym. I don't like it because parents should be informed about everything going on. Our kids are going here."

Maynard was among dozens of parents who attended the parent information session Wednesday night. They received a letter stating that classes will continue at W.T. Brown Elementary for the remainder of the school year starting November 12. School officials told ABC 11 once air quality results yielded high levels of mold in ten classrooms in October, they removed students and turned multipurpose rooms into classrooms.

Eddie Williams' fourth-grade daughter has had frequent coughs and colds since the school year started.

"It might be the case that it may be because of the mold," said Williams.

With the move, the entire student population at W. T. Brown will be at 564 students. Another parent, Shantelle Thompson, would rather her son attend a closer school than being bussed to Spring Lake.