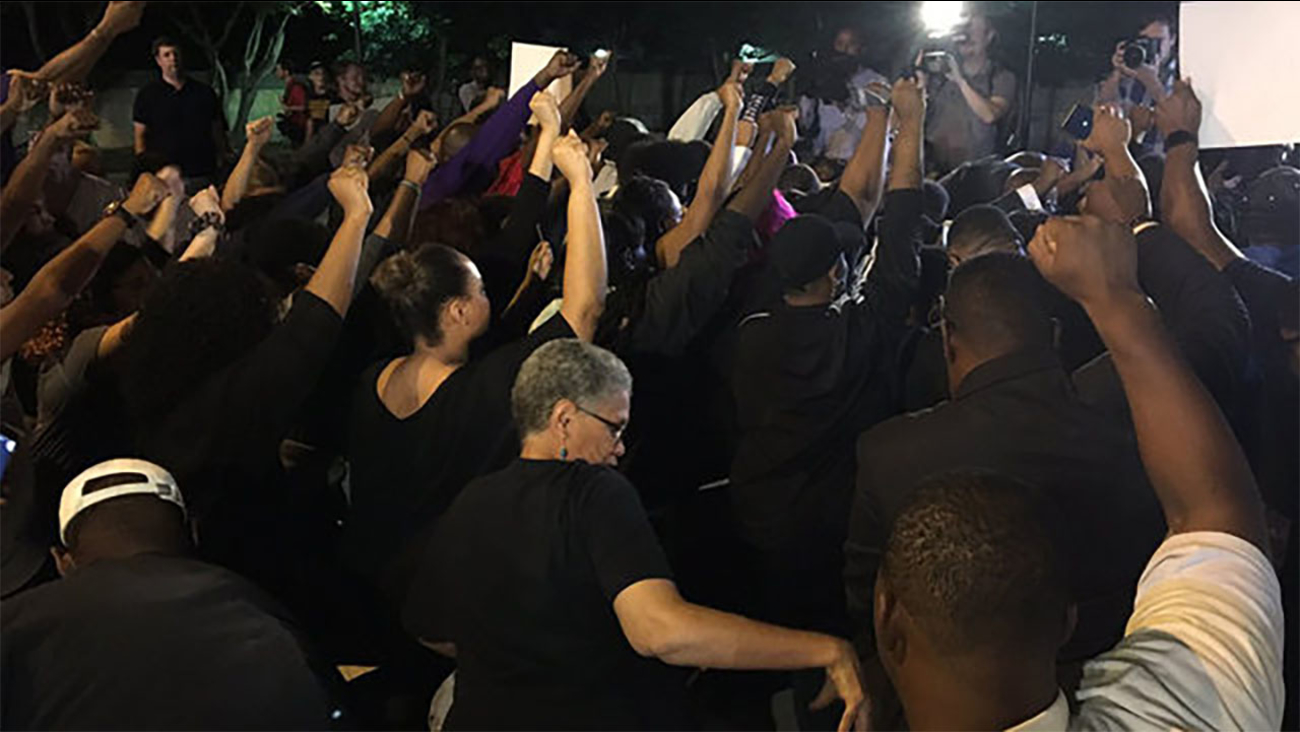 Ahead of Thursday night's Panthers-Eagles game, a group knelt in a protest of their own.

About 100 people took a knee outside Bank of America Stadium.

Bishop Kevin Long, of Temple Church International, said he and other church and community leaders were going to kneel at Mint and Graham streets an hour before kickoff to protest racial inequality and police brutality against minorities.

Long said the protest is not a protest of the flag or the anthem itself and hopes players can continue to use their status to bring about change.

"We as citizens, as CMPD and as the Carolina Panthers can work together to bring some sort of healing to this community," Long said.

Participants told WSOC they are kneeling on behalf of NFL players who have been ordered not to protest.

Kneeling during "The Star-Spangled Banner" has become a political platform in Washington, D.C.