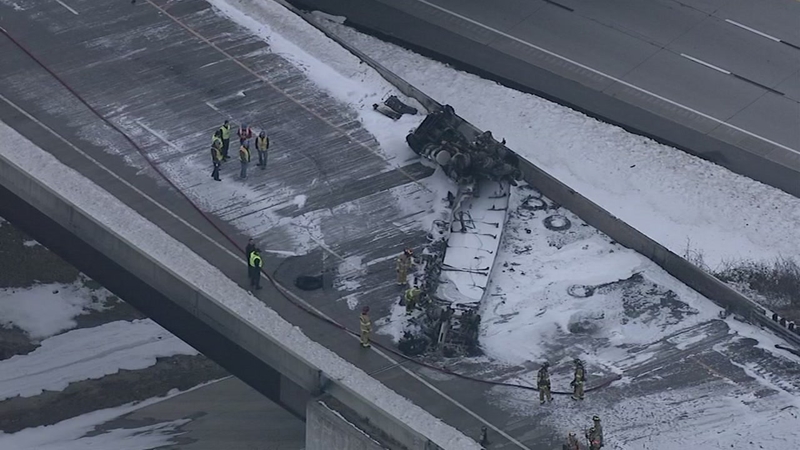 GREENSBORO, N.C. (WTVD) -- Parts of southbound Interstate 73 in Greensboro will remain closed until further notice after a tractor-trailer hauling 8,500 gallons of fuel crashed and caught fire on Thursday.

A tractor-trailer hauling 8,500 gallons of fuel crashed and caught fire on an Interstate in Greensboro on Thursday.

The NCDOT said that crews need time to clean up and repair damage to the Interstate.

The crash happened around 7:30 a.m. on I-73 in Guilford County near the I-85 junction, according to WGHP.

The driver of the tanker was able to get out of the truck safely. He only sustained minor injuries, according to NC Highway Patrol.

The NCDOT hopes to reopen one lane late Thursday evening. They also noted that one or two of the three lanes could be closed for several days.

TRAFFIC ALERT: Due to a large incident, I-85 is closed in both directions at mile marker 120 as well as I-73 south at the I-40 split. Avoid the area. pic.twitter.com/6DgL76TbGG