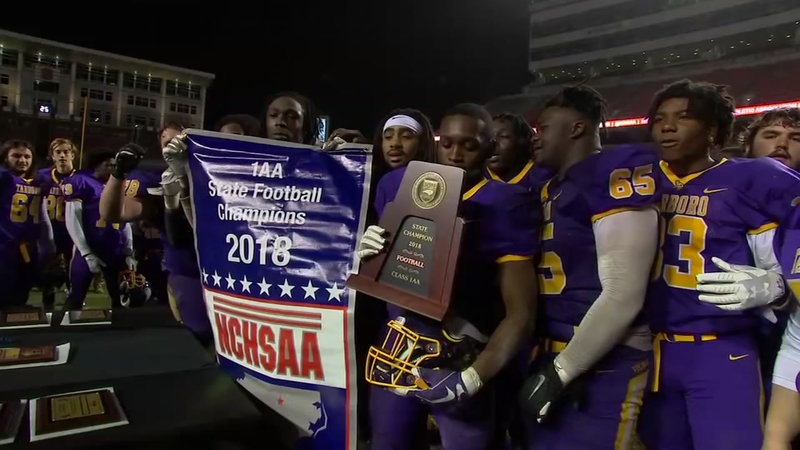 
Tarboro quarterback Kimani McDaniels ran 36 yards for a first-quarter touchdown to tie the game at 7-7 en route to a 14-10 halftime lead.

McDaniels, who was named MVP, races 66 yards for a touchdown to make it 21-10 in the third quarter and the rout was on.