Dad creates app to compel kids to reply to messages

WTVD
Parents, have you ever complained to your child about how long it takes them to reply to your messages, only to be told that they miss them because their phone stays on silent?

Dad Nick Herbert in the United Kingdom was facing this problem, so he decided to create an app that would force his son to reply. When a message is sent through "ReplyASAP," the phone makes a noise until the urgent message is acknowledged.

There are other parenting apps, such as IgnoreNoMore, which allow parents to lock their children's phone, but Herbert said he couldn't find any apps that specifically addressed his problem that his son's phone was on silent.

"There didn't seem to be a solution out there that allowed me to send a message to him, that would override the silent function, appear over whatever he was doing and tell me when he had seen it," Herbert told GoodHousekeeping.

Herbert said that once he invented the app, he realized there were other applications to overriding a phone's silent function.

"When speaking to my friends they could all see other 'grown up' uses for the app because the majority of them kept their phones on silent most of the time too," he wrote on the app's website. "Their suggestions ranged from changing your order when your friend is getting the drinks in at the bar, to finding your phone when you've misplaced it at home, to work situations when you need to get hold of work colleagues quickly."

Both the sender and the recipient must have the app in order for the messages to go through. The prices of the app depend on how many people you want to be able to contact.

Unlike many parenting apps, Herbert decided that his would work both ways. If the parent enables it, the child can send their own urgent messages.

"There is a mutual understanding that using ReplyASAP is only for important things and not because he needs new batteries for his xbox controller," Herbert wrote.

The app is currently only available for Android. It is expected to be available for iPhones in a couple of weeks.
Related topics:
technologyparentingtrendingtechnologyu.s. & worldmobile appappapps
Copyright © 2020 WTVD-TV. All Rights Reserved.
More Videos
From CNN Newsource affiliates
TOP STORIES 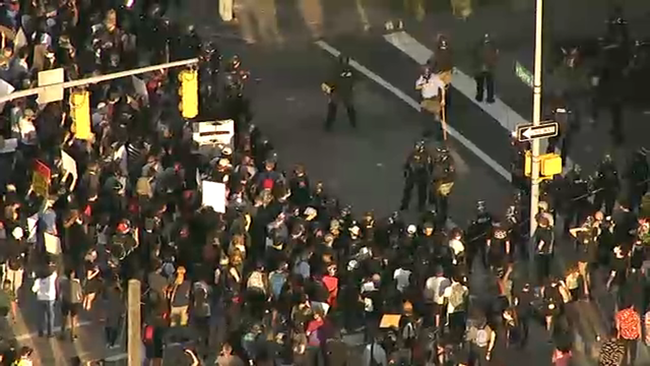