SAN FRANCISCO, Calif. -- When you travel overseas, you want to make sure you won't run up exorbitant fees on your smartphone.

A California family thought they were protected from roaming and internet charges.

"It's like, 'Whoaaaa, what's going on?'" Vivian Chung of San Jose said, still reeling from the shock.

She and her children had just returned from an annual family reunion in Vietnam. 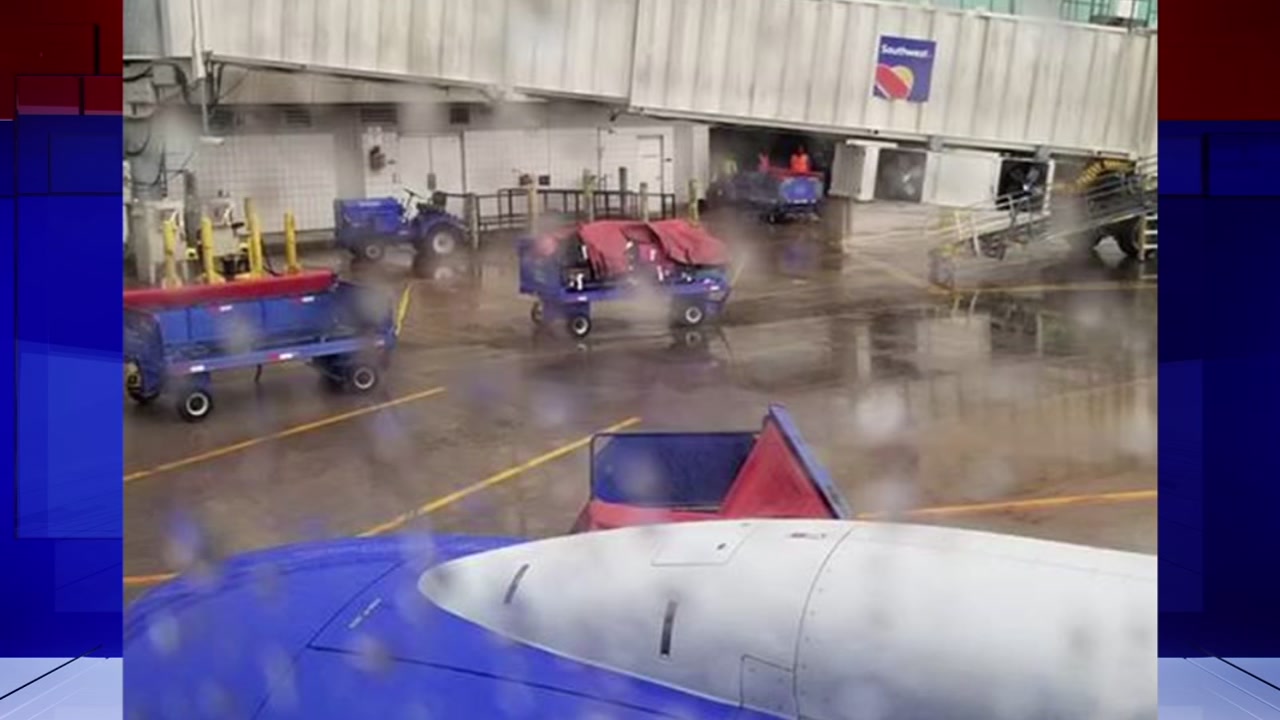 Southwest Airlines tells man they aren't liable for luggage that was ruined after being left out during storm
A traveler out of Hobby Airport says he watched helplessly as his bags were left out in the open, being soaked by rain.

Relatives from many countries gathered on an island off the southern coast, celebrated her mother's 84th birthday and frolicked on the white sand beaches.

They returned home to San Jose brimming with good spirits until the jarring discovery sent them crashing down to earth.

"We know we cannot use the phone and it's always on airplane mode," Chung said. "How could this happen?"

It did happen. T-Mobile charged Chung $13,470 for internet access on her son Nicholas' iPhone.

The charges all were incurred in a very short period while their flight was coming in over Vietnam. Chung estimates they racked up the charge in just one-half hour.

Nicholas got in lots of trouble with his parents but insists he never used the internet on his phone.

Nicholas said he switched his phone into airplane mode for the entire trip just to avoid these kinds of charges.

"I know for a fact when you're on airplane mode you cannot have internet access,'' he said.

And that is true.

He does admit he was playing games on his phone during the flight -- but only offline games that do not need internet to play.

"I start a new game, you can see it doesn't require any internet at all,'' Nicholas said, demonstrating how he turned off his iPhone internet and still could play a mobile chess game -- the same one he was playing on the plane. It's the player against the software embedded in the app. It kept him busy for the entire flight without a data connection.

So, why the big charges?

"That's why we called T-Mobile right away,'' Chung said.

T-Mobile said Nicholas must have downloaded a movie or music or something. He didn't. But T-Mobile agreed to reduce the bill to about $3,800. Still, the family thought any charges were unfair.

"We didn't want to pay for something we didn't use,'' Chung said. "We didn't know where to go, but we watch Channel 7 news (ABC11's sister station KGO) every night and I know about Michael (Finney). So, we decided to call because we really needed your help."

She contacted 7 On Your Side. Our team contacted T-Mobile asking how the phone could rack up internet fees when it was on airplane mode. The company didn't provide an explanation except to say that Vietnam was not included in the T-Mobile free roaming plan, though it is now.

However, when ABC7 looked into the matter, we found that many mobile apps that don't require an internet connection still use data. Users may not even realize it, but the apps operate in the background, silently gobbling data for purposes such as updating software, refreshing social media, and sending advertisements.

Nicholas realized his chess game is one of those apps that run data in the background, which likely explains the huge bill.

However, after ABC7 contacted T-Mobile, the company agreed to cancel out the remaining charges on the bill, saying:

"Customers on T-Mobile ONE or Simple Choice North America plans have unlimited text and data - as well as low rate calling - in more than 210 countries and destinations around the world with Simple Global. However, T-Mobile recommends, before a trip, customers who are traveling internationally either call Customer Care or check international roaming coverage and rates online."

"We were just like yes! Wow, 7 on Your Side!" she said. "I was so glad you are here to help all of us, a lot of people like me. And really, really thank you so much."

Here's how to fix your phone so you don't end up getting charged!