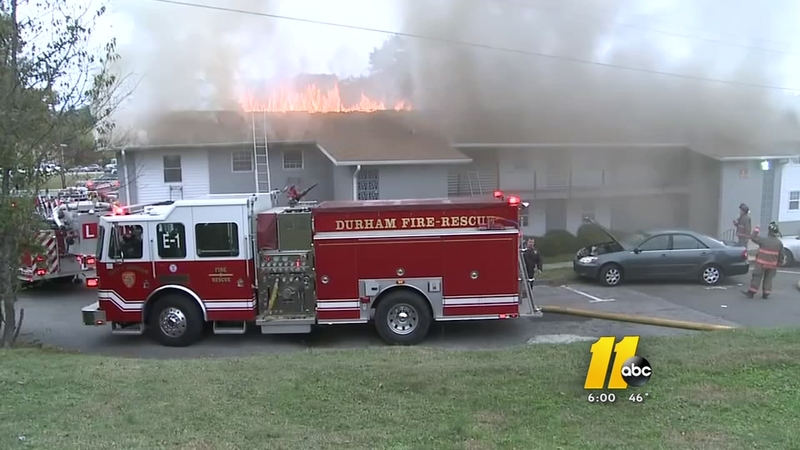 DURHAM, North Carolina (WTVD) -- The American Red Cross is working to help several families displaced by an apartment fire in Durham on Sunday.

Fire crews said they responded to the call at 1200 Leon Street just after 2 p.m. and large flames were visible when the arrived.

According to officials, the fire started on the second-floor balcony of the building and witnesses told them a gas grill was to blame. They said the apartment building and deck had no fire sprinklers which allowed the fire to spread quickly.

Officials said they were able to get the fire under control in about 25 minutes, but not before it damaged eight apartment units.

Fourteen adults and three children were displaced by the fire but according to officials, there were no reports of any injuries.

Officials said they are still investigating whether or not someone was using the grill on the deck at the time of the fire.