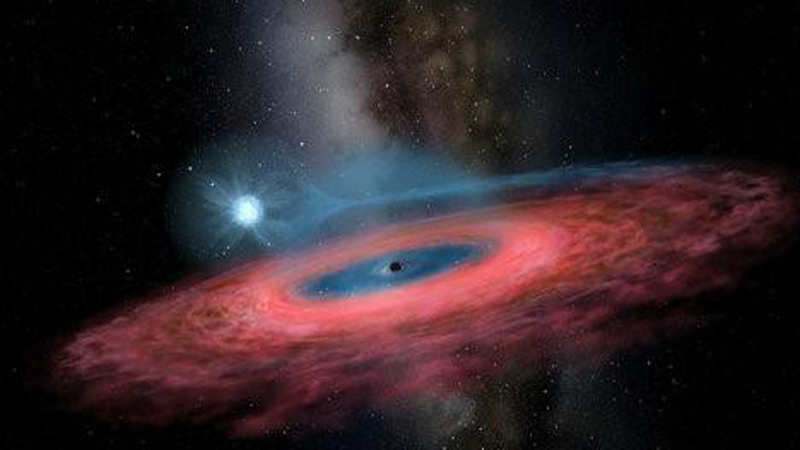 A black hole with a mass 70 times greater than the Sun was discovered, leaving scientists stunned.

"Black holes of such mass should not even exist in our Galaxy, according to most of the current models of stellar evolution," Professor Jifeng Liu, who led the team at the Chinese Academy of Sciences that made the discovery, said in a statement.

The newly discovered black hole, named LB-1, is located 15,000 light-years from Earth, according to a press release from the Chinese Academy of Sciences.

Searching for black holes has only become possible in the last few years, thanks to recent developments in telescopes and detectors.

But even with the new technology, the academy said it is still "like looking for the proverbial needle in a haystack."

The telescope that spotted LB-1 -- Spain's 10.4-m Gran Telescopio Canarias and the 10-m Keck I telescope in the United States -- also found a star eight times heavier than the Sun that orbited the newly discovered 70-solar-mass black hole, every 79 days.

Scientists said the discovery would force them to "re-examine our models of how stellar-mass black holes form."