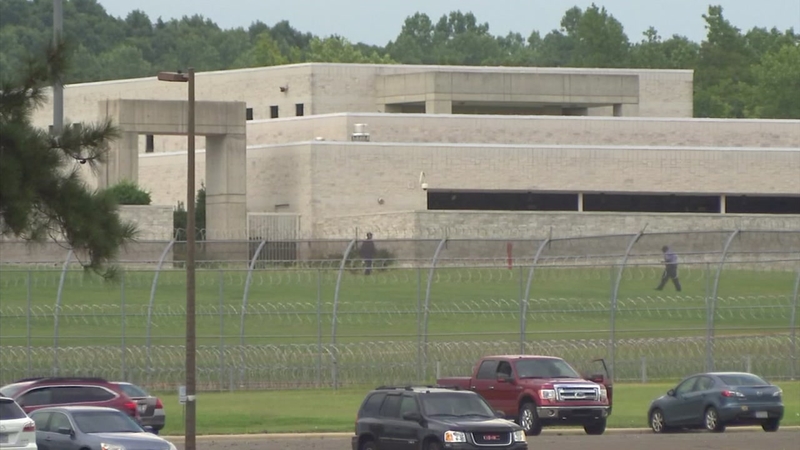 Federal workers work without getting paid

HAW RIVER, N.C. (WTVD) -- It's a dangerous job that Jon Franklin is currently doing for no pay.

RELATED: What is a government shutdown? 5 things to know

"I am working for free," Franklin said at his home in Haw River, glued to his television as cable news covers the impasses in Washington -- ticking off the days and hours since the start of the federal government shutdown.

According to AFGE, the nation's largest union of federal workers, the shutdown affects about 800,000 workers. About 380,000 have been furloughed -- told not to come to work and won't be paid until the shutdown is over.

But about 420,000 other workers are deemed essential employees, Franklin among them, and are required to come to work -- but they're not getting paid.

“I am working for free... I hate it!” —
Jon Franklin, a correctional officer at Butner Federal Prison is one of thousands of government workers required to work without pay as #GovernmentShutdown enters a third week. #abc11 pic.twitter.com/kviYod7P4b

Franklin is a senior correctional officer at the federal prison in Butner.

"(We handle) everything; murderers, rapists, drug dealers, white collar criminals," he said. "I mean we've got a little of everything."

While he has to come to work, he and the others haven't been paid since before Christmas. And with no end in sight to the shutdown, their next check's arrival is anyone's guess.

"I hate it. I hate going to work every day knowing what I do for a living... I'm not being duly paid for it," Franklin said.

Other essential workers include the thousands of TSA agents at the nation's airports, like the dozens at RDU International Airport who are all working without pay.

And with non-essential workers furloughed, the park rangers and service workers who keep the Blue Ridge Parkway and the Great Smoky Mountains National Park open and clean aren't there. The Visitors Center and the restrooms are closed. The trash is starting to mount up.

"I think it's really up to private citizens at this point to clean up," said Lara Christy who was volunteering to pick up to garbage.

Back in Haw River, Franklin is concerned about paying the mortgage on his brand new home.

"I mean I've already reached out to my creditors and everything. But still, they're not getting paid and I'm not getting any money so that I can pay them," he said. "Either way, I'm losing."

Franklin and his union are pushing Congress and the White House to not just end the shutdown -- but then immediately pass legislation to get them back pay.