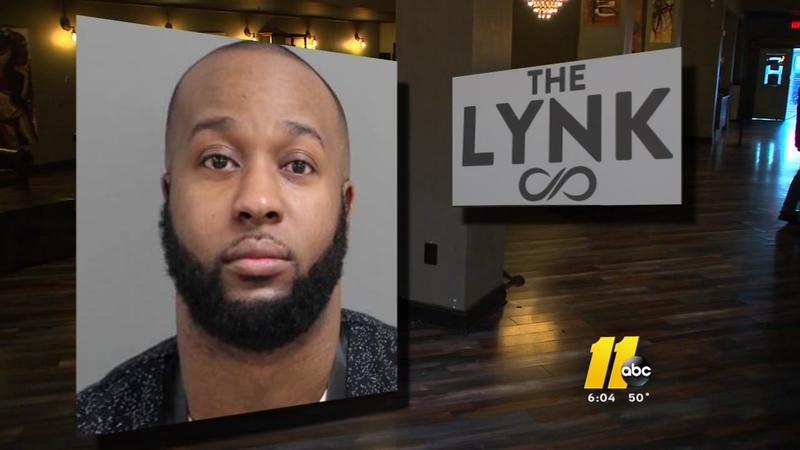 RALEIGH, North Carolina (WTVD) -- It's one thing to find the wrong style of chairs, but it's much worse if the event space didn't even know you were coming.

That's the predicament several Triangle families and businesses are finding themselves in after investigators report 30-year-old Brandon Crawford falsely represented a venue in Glenwood South.

"You have a contract, and you think you have all your ducks in a row," Raleigh entrepreneur Jamison Sanders told ABC11. "Then it's totally flipped on you."

Sanders, who owns and manages the Robert Jamison Collection clothing line, says he wanted to plan a big rollout of his fall line while also getting in the holiday spirit. After a friend connected him to Crawford, offered Sanders a space to hold his event at The Lynk at 410 Glenwood Ave.

"We were also going to benefit Toys for Tots - it was a fair price and a positive event to come to," Sanders said.

With the event scheduled for December 9, Sanders got moving on planning and promoting the benefit. He even visited the Lynk for a tour.

"I said Brandon sent me, and they said go ahead and take pictures," he said.

A few days later, however, Sanders saw a social media post about Crawford, which proved to be the ultimate buzzkill: Crawford helping plan an event at the Lynk, but the Lynk said Crawford never told the club about it.

Sanders then discovered he was in the same boat, and to him the disappointment isn't even about the money.

"The one thing in life you never get back is time you put into doing something," Sanders told. "You can never rewind the hands of time to get that back - putting in days and extra nights, plenty of hours to promote."
Raleigh Police arrested Crawford on November 7, and the I-Team has spoken with many more of his alleged victims, including Reni Jackson, who thought she had booked the Lynk for an R&B concert.

"I feel violated and I feel disrespected," Jackson told ABC11. "I did all the things right - there was a contract, I toured the venue. Next time, I'm only booking anything with the owner of a venue and never a supposed representative."

The owner of Lynk, Sahra Hashemi, tells the I-Team that Crawford did book some events for her in the past, but was never an official employee. Instead, she said, Crawford was like any other promoter who could bring in customers and potentially get a cut.

"He went rogue, that's how I would describe it," Hashemi said. "I was as shocked as anyone. His contracts are not our contracts and his deals are not our deals. We didn't get one dime of what he collected, and there's no way we would want to cheat people."

Hashemi said she's now aware of nearly 20 events that Crawford booked without her knowledge, including school reunions, dance parties, and even a baby shower.