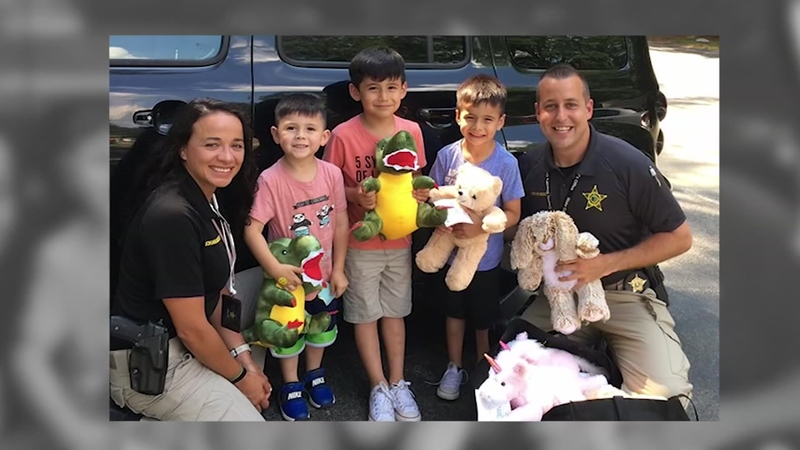 RALEIGH, N.C. (WTVD) -- The Wake County Sheriff's Office has a new initiative meant to strengthen the relationship between deputies and the growing Hispanic community.

"We're trying to reach out to various types of communities that we feel need a little more attention," said Deputy Sheriff Kevin Moore of the Wake County Sheriff's Office. "Obviously, the Latino culture is very big in our community and we want to embrace that."

Pro C.O.P. Latino is part of the Pro C.O.P. program, which started in January, and stands for "promoting communication and opportunities with the police."

Recently, deputies gave out teddy bears to children at a mobile home park to build trust.

"We're trying to let the kids know that if they need help, they need to run to us, not away from us," said Wake County Deputy Sheriff Johana Melbert.

Deputy Sheriff Melbert goes out into the community as part of the initiative. She is from Colombia and speaks her native Spanish to connect with other Spanish speakers.

"It opens a world of opportunity for me to interact with the people that unfortunately don't speak English yet," Deputy Sheriff Melbert said.

"Especially people who are kind of afraid and heading in the dark that sometimes let a lot of crimes go just because they feel they don't have a say," Del Toro said. "So I think that's great. That's a great program."

The ultimate goal is to strengthen the entire community.

Residents can reach out to officers there.