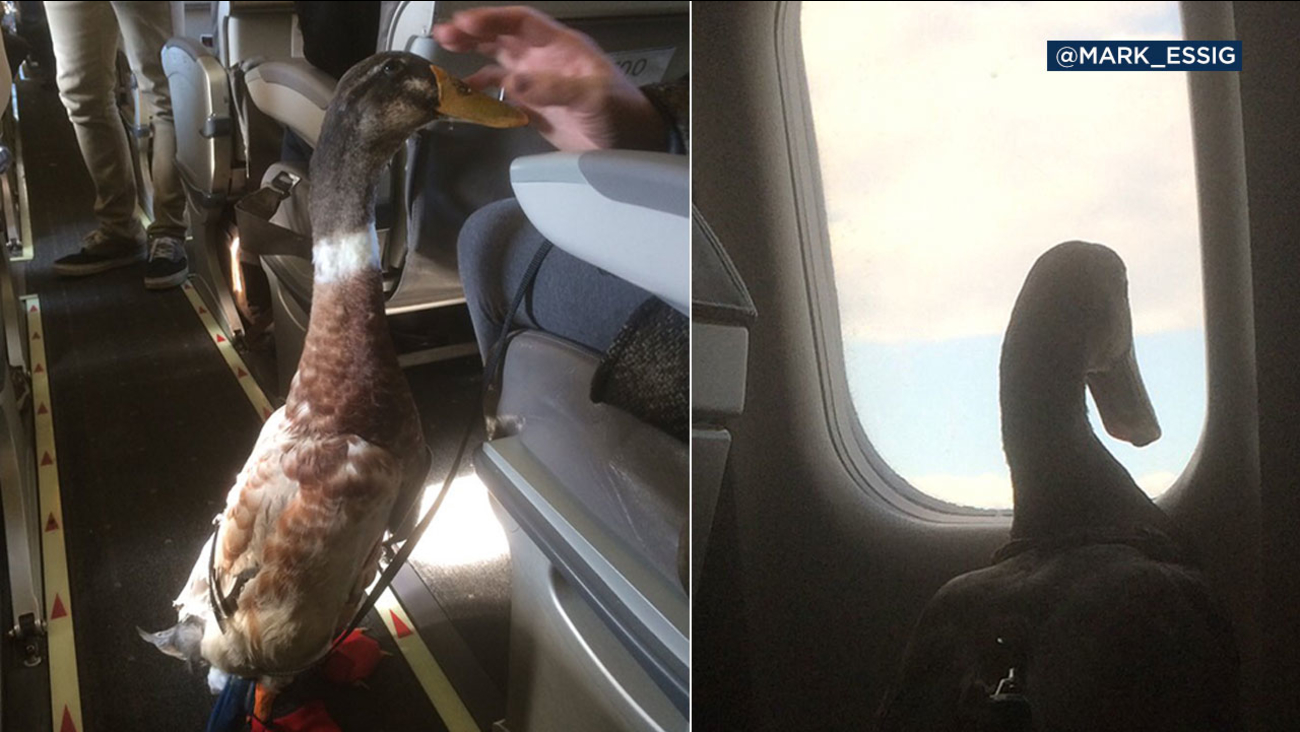 Daniel the duck helps provide comfort to his human companion on airplanes. (@mark_essig)

MILWAUKEE -- Some people bring emotional support dogs with them on airplanes to help calm their nerves.

Daniel the duck recently took a trip with Carla on a flight from Milwaukee to Charlotte, North Carolina and then to Asheville.

Other passengers tweeted that Daniel was a big hit during the flight. He wagged his tail and quacked quietly to help keep Carla calm.

Here is a 3-second video of Daniel the emotional support duck. His human says, 'and wagging? That's happy.' pic.twitter.com/WElW9d827o

She suffers from PTSD after a serious accident in 2013. She was driving a horse and carriage around Milwaukee when she was struck by a driver who was texting on her phone.

Carla was thrown from her carriage and it took her months to walk again and regain use of her arm.