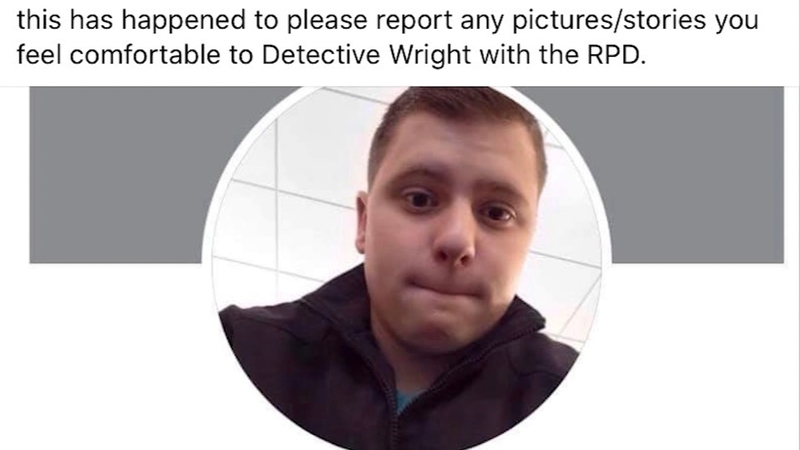 ROXBORO, N.C. (WTVD) -- It started with a simple Facebook post and when Kalee Riley sent it out, she never imagined that overwhelming response it would get.

Kalee Riley said since 2017, she has been getting risqué photos and lewd messages from a former classmate at Person High School.

"It makes you feel gross," she told ABC11 on Friday. "They were very inappropriate, really strange messages and I asked him multiple times to please stop."

Riley said she had blocked Theirry Painter's account in the past, but then he would create a new one, under a slightly different name, and continue sending unsolicited shots of himself.

Fed up, she decided to post a warning on Facebook on Thursday afternoon. Her mailbox was flooded with messages within four hours.

"It was just an overwhelming amount of people," Riley said. "How do you have the time to harass that many women on that level?"

She decided to go to police.

Painter, 23, of Roxboro, was arrested not long after Riley told police. He was charged with three additional counts of cyber stalking Friday.

"This person was a predator and he had been harassing hundreds of girls, not only in my hometown, but Durham and other counties have reached out to me," said Riley. "It's just unacceptable and I'm just so, so, so happy everyone reached out and we were able to get something done about it."

Painter is being held now at the Person County Jail. Riley said he's behind bars because of the other victims she virtually met on social media.

"I am personally in awe of just the amazing women that came forward," she said. "You don't often see people comfortable enough to share their stories."