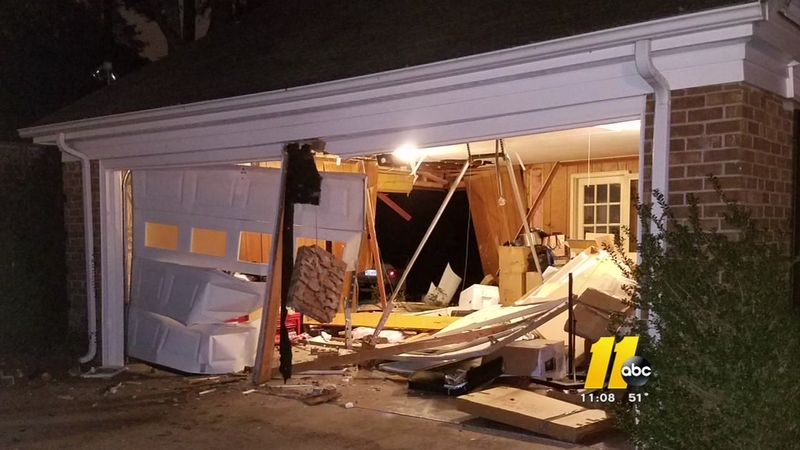 Residents call for change after car destroys garage in Fayetteville

FAYETTEVILLE (WTVD) -- Homeowners in a Fayetteville neighborhood say they're fed up with cars speeding down their street, putting homes and families in danger. They're calling for change after a garage was severely damaged.

What appears to be a quiet intersection at Millbrook Road and Charleston Place can be anything but that.

Healy explained how the car went over two yards and two curbs, then through a brick pillar and out the back of the garage. It ended up about 40 feet beyond it.

The garage doors and the things inside were ruined, including Healy's yearbook from West Point.

Healy and his wife have only lived in their home about six months. They said several neighbors warned them about the speed problem, especially at the intersection.

They are asking the city to install speed humps.

ABC11 spoke to a traffic engineer who said they have studies planned in January after school starts back. Those studies will be compared to the city's residential traffic management program to determine if they meet the guidelines for speed humps.

Healy said that if the results do not warrant the city paying for the traffic control devices, he hopes the individuals responsible for the accident will pay for them to be installed.