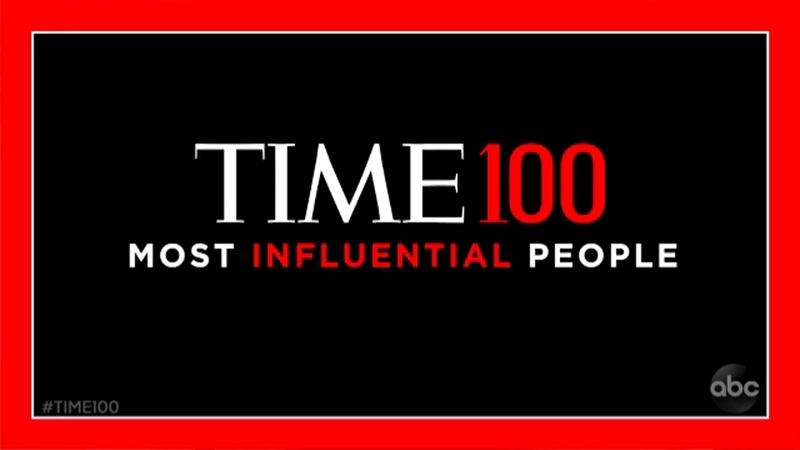 NEW YORK -- ABC in partnership with TIME is bringing the annual TIME100 list of the world's most influential people to life tonight!

For the first time since the iconic list's inception, viewers will get an entertainment-filled inside look at the leaders, creators and everyday heroes comprising the 2020 list ahead of its TIME print debut.

The lead up to the full reveal will include musical performances, a history of the iconic TIME100 list, and recaps of the biggest stories of 2020 thus far, as well as honorary tributes and appearances from TIME100 alumni.

"We'll have appearances from some of our most extraordinary alumni including the Duke and Duchess of Sussex, Harry and Meghan, Kumail Nanjiani, John Legend, Sandra Oh, and Trevor Noah," said Dan Macsai, TIME executive editor.

One thing you may notice more of this year due to the pandemic, health care workers being honored for their work.

"This year it feels like the world has changed in a pretty dramatic way, so there are more doctors, nurses, health officials and scientists on this list than ever before in large part in the role that they played in the global response to COVID-19," Macsai said.

The full 2020 TIME100 list, which often features surprising pairings of list members and the guest contributors TIME selects to write about them, multiple worldwide covers, as well as exclusive photography and video packages, will go live on Time.com on Tuesday, Sept. 22, alongside the broadcast debut on ABC.

"We really do think of it as the TIME 200 because all 100 people are profiled by other interesting and influential people," Macsai said.

The magazine will be available on newsstands beginning Friday, Sept. 25.