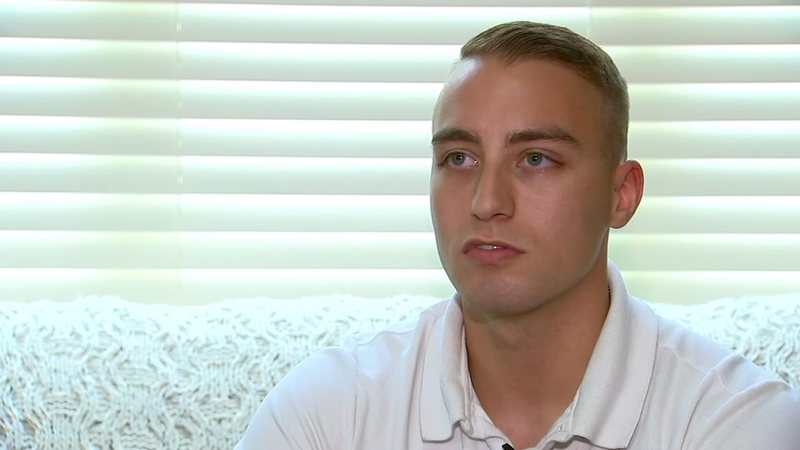 CARY, N.C. (WTVD) -- A Marine in Cary is running in the Tobacco Road Marathon to raise awareness about combating anti-Semitism.

"I grew up accepting people of all races and religions, so I don't understand it--which is why I'm trying to raise awareness to try and get a better understanding of where this is coming from, and why this is happening," said Sgt. Zachary Scoular, who is currently stationed in Africa.

The 21-year old set up a GoFundMe to collect donations for Chabad of Cary and Morrisville, with the money earmarked towards highlighting anti-Semitism. In about five weeks, he's raised more than $2,800, some of which is from fellow Marines.

A @USMC with family in @TownofCary is running in tomorrow’s @TR_Marathon to raise awareness and money to combat anti-Semitism. Hear his story on @ABC11_WTVD @Chabad pic.twitter.com/uIIggNU7Uu

"The shooting in Pittsburgh definitely got the ball rolling with this idea. Overall, I've seen just anti-Semitic comments on the rise," Scoular explained, referencing the October shooting at the Tree of Life Synagogue.

A 2018 report from the Anti-Defamation League showed a 57 percent increase in anti-Semitic incidents from 2016 to 2017.

In Cary, a 20-year old man was arrested last year after he was accused of distributing fliers with Nazi swastikas throughout a neighborhood, burning a cross in a park, and making derogatory comments at a Messianic Jewish house of worship.

When Scoular attended services with his family on Saturday morning, he was surprised to see police stationed outside.

"I'm doing this so this doesn't happen. So we can avoid these things so we don't have to have police officers in places of worship," said Scoular.

Authorities throughout the Triangle have even upped their presence at houses of worship following terror attacks at two mosques in New Zealand.

Scoular has been training for the race overseas, at times dodging motorcycles and animals in the street as he prepares for Sunday. He has never run a marathon before, but is hoping to finish the race in four hours.