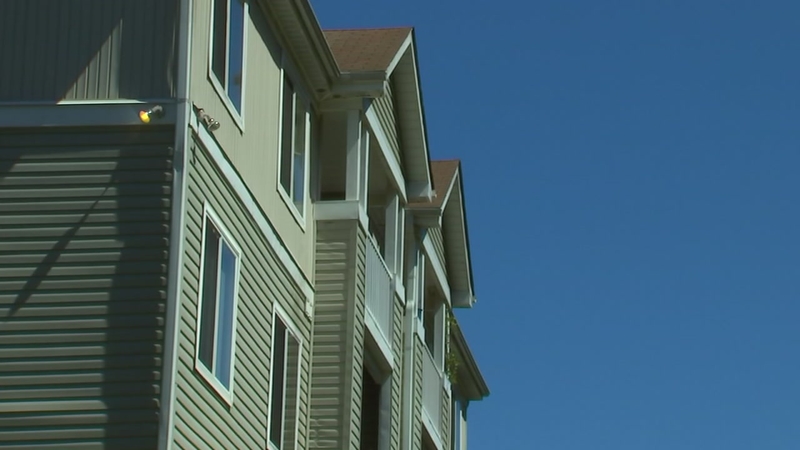 RALEIGH, N.C. (WTVD) -- Raleigh police are investigating after a toddler fell from a fourth-story window Wednesday night. The child remained at WakeMed on Thursday.

It happened just after 7 p.m. at the Lake Dam Condominiums in the 1300 block of Crab Orchard Drive in Raleigh.

MORE: One neighbor tells me he heard a loud thump outside, found mom outside screaming for help next to the child. He called 911, ambulance and police arrived shortly after. #abc11 pic.twitter.com/IIu56Ap2SL

One neighbor told ABC11 he heard a loud thump outside and found a mom screaming for help next to the child. The neighbor said he called 911 and ambulance and police arrived shortly after.

"I heard like a splatter and screaming. I just came out to see what the commotion was about. I just found a toddler like right there on the (ground)," said a neighbor who asked to be identified as Ryan. "He was unconscious, blood was just coming out his mouth and he was breathing in a weird way."

Ryan said the child's mother was inconsolable. "She just kept screaming, like 'Call 911, call for an ambulance, call for anything.' So I just picked up my phone and called."

Neighbors also said the child was a 2-year-old boy.

“Please God, let him be ok.” — Neighbors react to the news of a Raleigh toddler’s fall from this fourth-story window at Lake Dam Condominiums on Crab Orchard Drive. #abc11 #breaking pic.twitter.com/DCiYzLudBh

Police said the toddler was rushed to the hospital in serious condition. He remained at WakeMed on Thursday.

"Hopefully he's OK. Hopefully, the baby's OK," said Desiree Smith, who lives in the building next door. "That's all I'm worried about is the baby OK. Please God, let him be OK. Let him be OK, please."

Raleigh police are investigating after a 2-year-old boy fell from a fourth-story window.