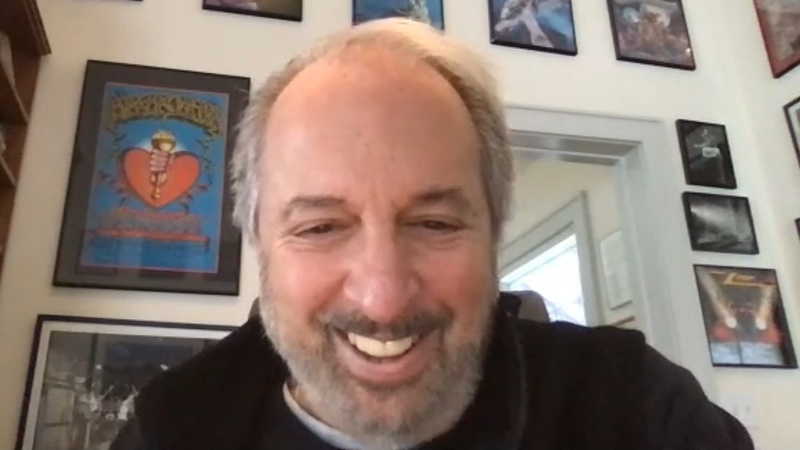 NEW YORK -- Folks looking to get out of the house and take a break during this pandemic have headed to a bed and breakfast in Massachusetts that offers peace and serenity at this stressful time.

But what makes this place truly unique is the innkeeper: A former music business insider with plenty of stories to tell.

Tom Werman is best known for making hits with the likes of Motley Crue and Twisted Sister, but in the decades since, he has turned down the volume and found a wonderful second act far from the raucous crowds.

In another time and place, far from Stonover Farm, Werman's life was all about heavy metal music and "Girls, Girls, Girls." He produced that seminal hit for Motley Crue, and the sounds he made with that group and others sold a total of 60 million albums.

Claudia Conway grew up watching "American Idol" in Alpine, New Jersey, and calls the chance to audition for the show, "a life changing experience."

The former producer described Los Angeles in the 1980s.

"Explosive, just explosive," he said. "Indulgent...you could do anything you wanted."

When I was a CNN entertainment reporter, I joined Werman in an LA recording studio with the band Poison, when they were mixing the album, "Open Up and Say...Ahh."

I've never forgotten the calm efficiency he showed in the midst of so much turmoil.

That album turned out to be Werman's last big hit.

"I was getting a little burned out, and the music was changing," he said.

So he decided to head to Massachusetts and open Stonover Farm, which he describes as "A classic Berkshire B&B."

It was a radical change that ended up playing to his strengths.

"A good producer can take a slightly better-than-average band, and if he does a good job, he can make it a special, musical product," he said. "You can do the same with a lodging."

Stonover Farms' first guest in 2001 was Linda Ronstadt, and folks from all walks of life followed. Werman's colorful past is part of the draw.

"Everyone wants to hear stories," he said.

And why not? He has so many of them. In fact, the innkeeper is writing a book about his rock and roll years, and the journey that led him to find peace and serenity in the Berkshires.
Report a correction or typo
Related topics:
health & fitnesshotelrestaurantrestaurantsrock music
Copyright © 2021 OnTheRedCarpet.com. All Rights Reserved.
TOP STORIES
Expect above-average temperatures in NC this winter
15-year-old accused of killing 13-year-old in Vance County
Man admits to throwing wife's body out of plane after killing her
Remains found at Florida park are likely Brian Laundrie's: Attorney
CDC panel takes up Moderna, J&J COVID booster questions
NFL lineman helps wife deliver baby girl in his living room
Show More
1 dead, 1 injured in shooting near Cary apartment, officials say
NCDOT picked up more litter this year than ever before
LATEST: Garner Christmas Parade happening after all
Top US educators tour 2 award-winning schools in Cumberland County
Man, woman dead in Fayetteville murder-suicide
More TOP STORIES News