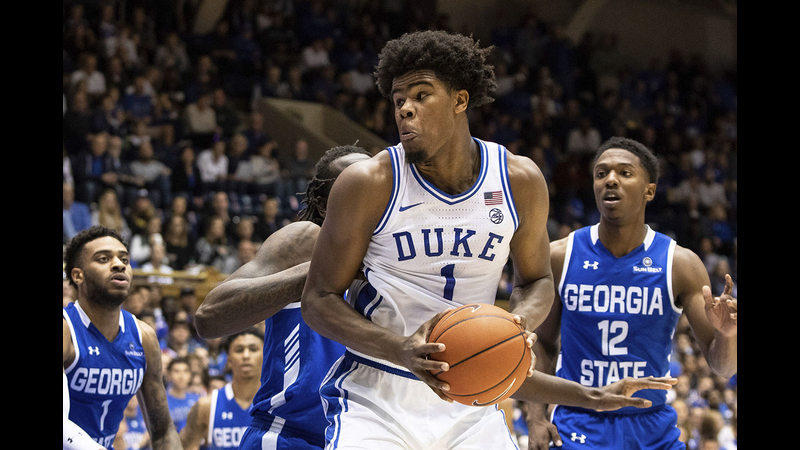 EMBED <>More Videos
Duke is back at No. 1, moving up a spot following a pair of victories last week.

The Blue Devils can thank Evansville for the jump.

Duke moved to No. 1 for the first time this season, receiving 52 first-place votes from a 65-member media panel in The Associated Press men's college basketball poll released Monday.

The Blue Devils climbed a spot after unranked Evansville pulled off the 2019-20 season's biggest surprise so far by knocking off previous No. 1 Kentucky.

"Our sport is more prone to upset than any because there are just five people out there, so there's age, athleticism, maturity, depth and a lot of things where people can make up differences," Duke coach Mike Krzyzewski said. "That's why there are a lot of so-called upsets in our sport. A lot of people can win and you have to be ready to play all those people." 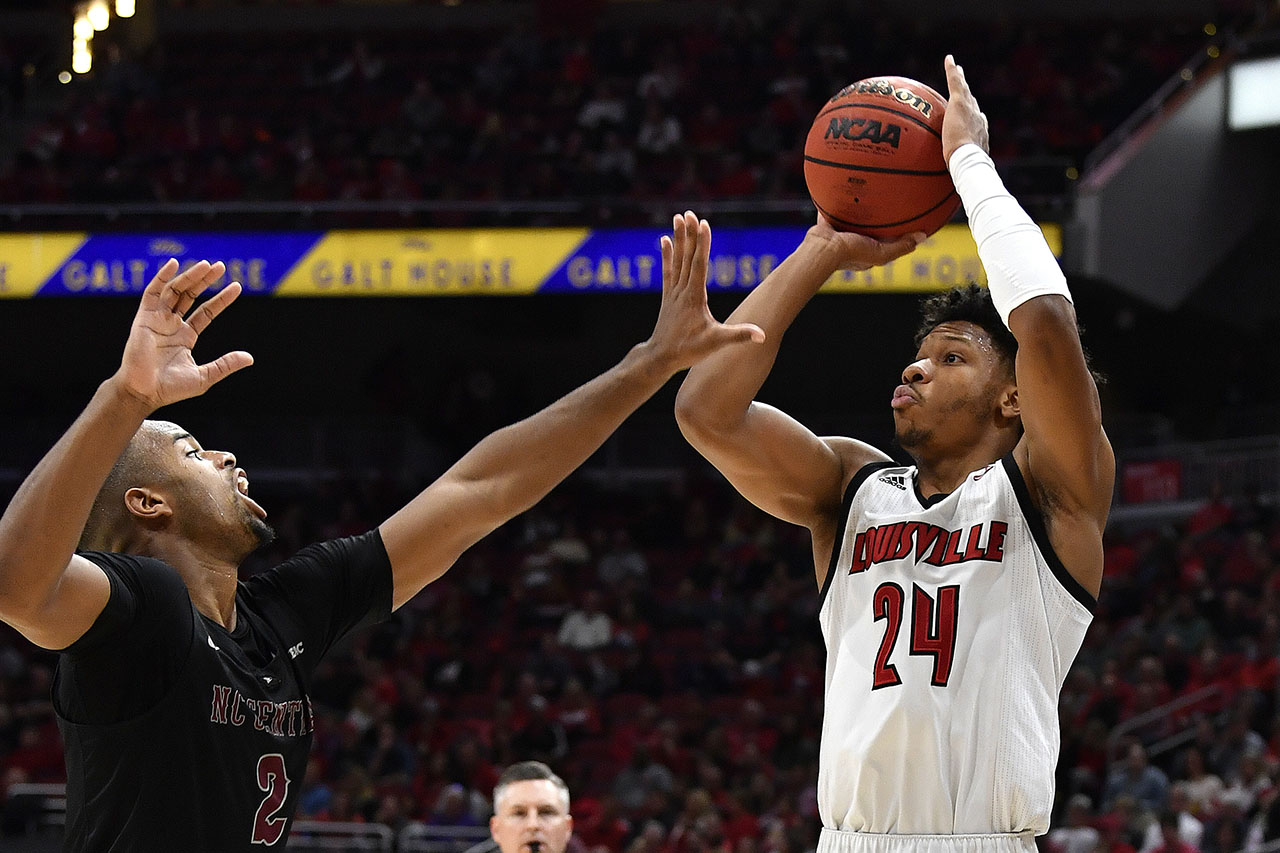 No. 2 Louisville received eight first-place votes and No. 3 Michigan State, the preseason No. 1, had four. 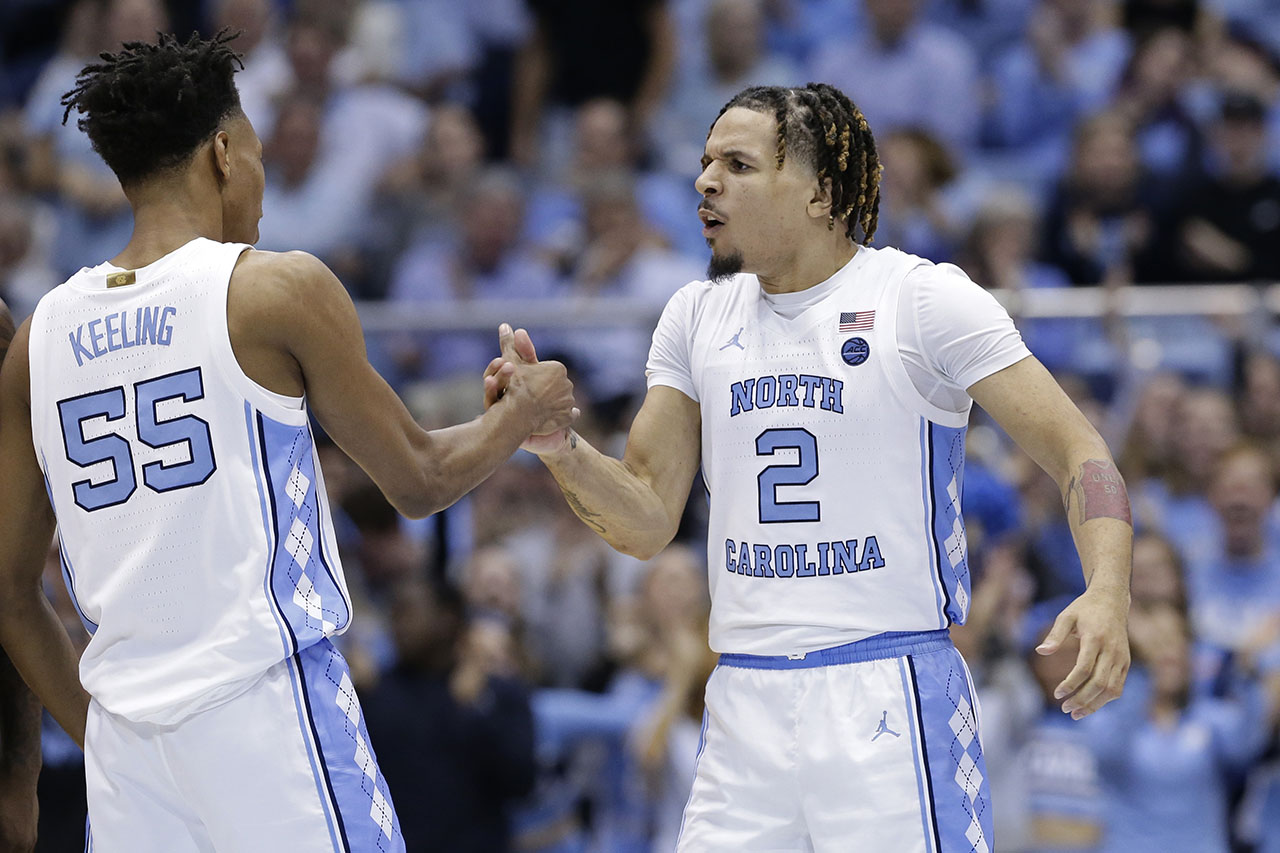 Kansas and North Carolina rounded out the top five.

No. 7 Virginia, the defending NCAA champion, received the final first-place vote, one spot behind Maryland. 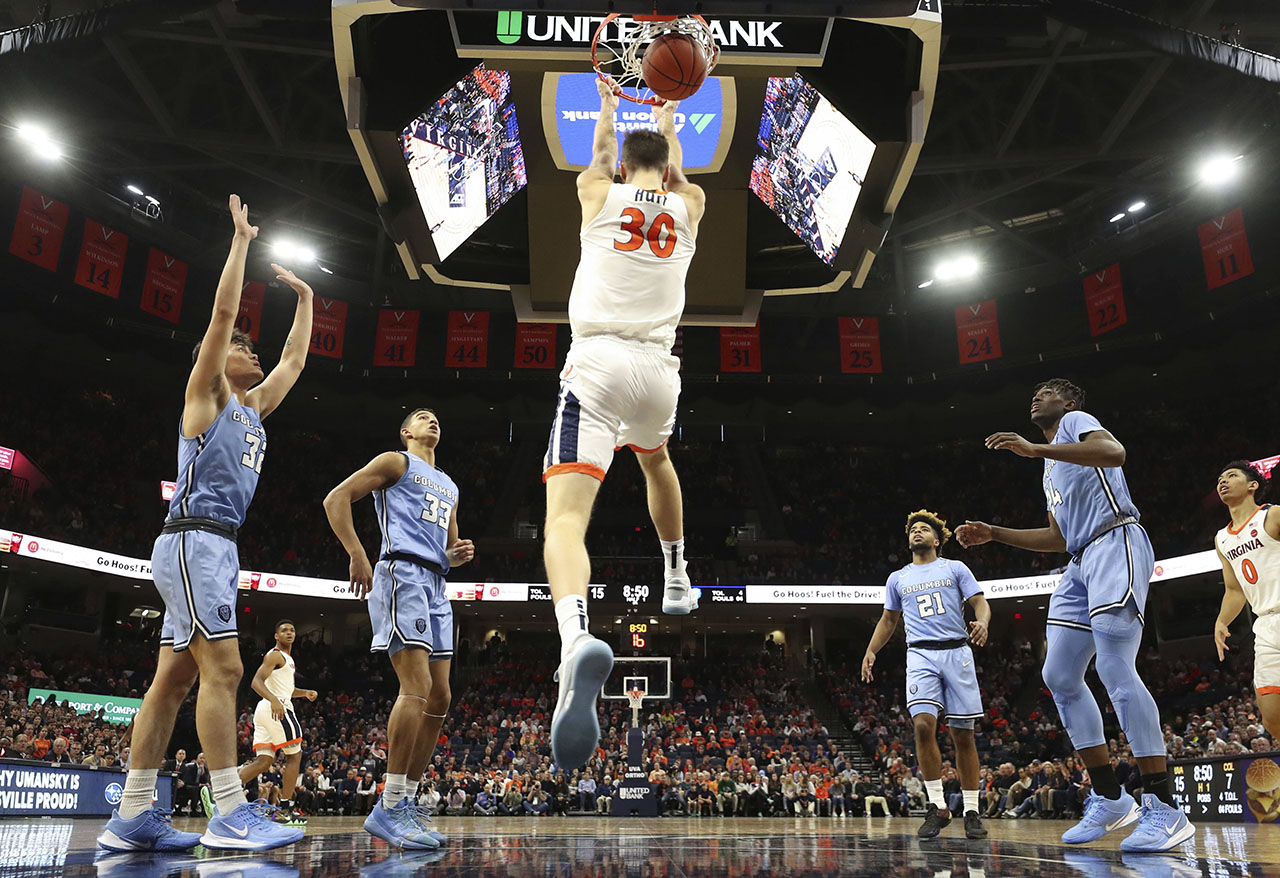 Virginia forward Jay Huff, surrounded by Columbia defenders, dunks the ball during a game in Charlottesville, Va., on Saturday, Nov. 16.

Kentucky was the overwhelming pick at No. 1 last week, receiving all but one first-place vote after knocking off previous No. 1 Michigan State in its opener.

The Wildcats dropped to No. 9 this week with the 67-64 loss to Evansville in Lexington.

"This was a great lesson for all of us, including me," Kentucky coach John Calipari said. "I mean, we could say they got outplayed and I could tell you I got out-coached."

Kentucky's loss caused a shift in the top 10.

Every team behind the Wildcats moved up a spot except for Gonzaga, which held at No. 8.

No. 10 Ohio State cracked the top 10 for the first time since reaching No. 8 in 2017-18, coach Chis Holtmann's first season. The Buckeyes climbed six spots after crushing then-No. 10 Villanova.

Ohio State had the biggest jump in this week's poll, followed by No. 14 Arizona's five-spot climb.

Auburn moved up three places from No. 22.

Kentucky's eight-place fall was the biggest of the week. Villanova was next, losing seven spots to No. 17 and No. 25 Washington fell five places.

Three teams moved into the AP Top 25 this week.

No. 20 Tennessee is ranked for the first time this season after knocking off Washington.

No. 21 Virginia Commonwealth, the preseason No. 25, is back in the poll following a two-point win over LSU and a rout of Jacksonville State.

Texas moved in at No. 22 with wins over California Baptist and Prairie View. The Longhorns are ranked for the first time this season.

Florida had a precipitous drop after losing to Connecticut, falling out of the poll from No. 15.