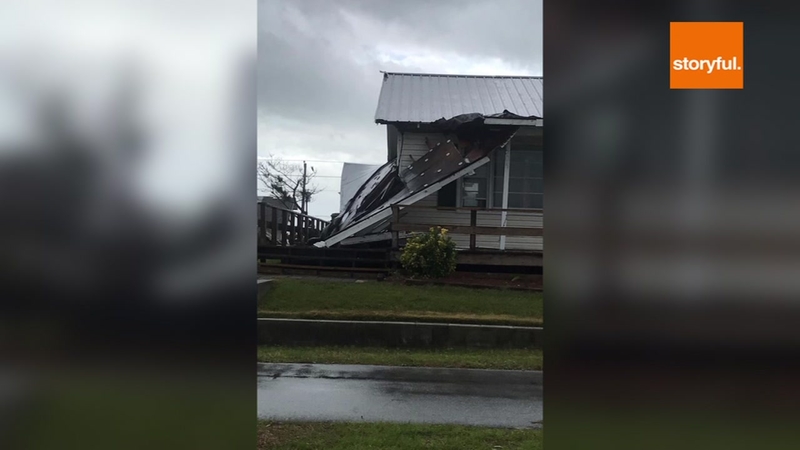 Two tornadoes touched down in eastern North Carolina on Saturday.

The first tornado, the EF0 in Cape Carteret, made landfall around 2:06 p.m. It had winds of 80 mph and traveled .35 miles while on the ground.

The second tornado, the EF2 near Emerald Isle, touched down for six minutes starting at 2:10 p.m. It had winds of 120 mph and traveled 2.8 miles.