'I need to go': Nurse escapes as twister closes in 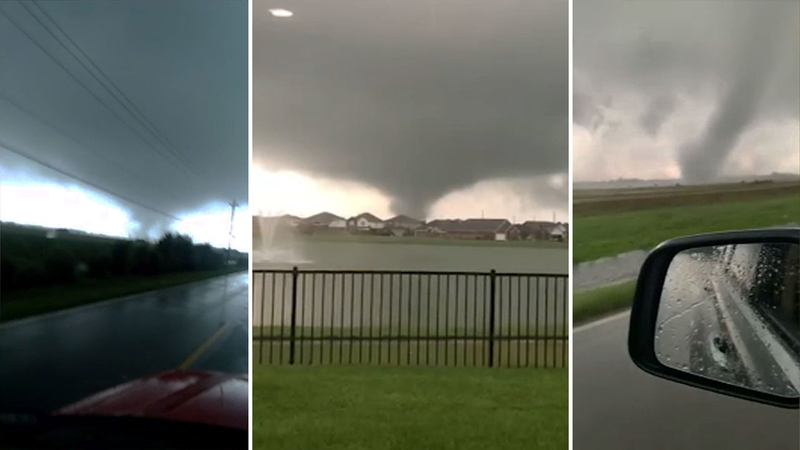 BAYTOWN, Texas -- There were high winds, torrential rains and lots of flooding as Tropical Depression Imelda pushed through southeast Texas on Wednesday, even spawning tornadoes from Chambers County to Baytown.

One woman said she was driving home from work when she noticed something taking shape in the skies in front of her.

Ashley Mendoza told Eyewitness News she was driving home from work on Garth Road, getting ready to turn on Barbers Hill Road near 1942, when she spotted the tornado.

"I've never seen a cloud look like that," Mendoza said. "They seemed really close to the ground, and I just looked over and that's when I saw it. I was like, 'Oh my gosh.'"

Mendoza, who is a registered nurse, said she was in shock.

"This can't really be happening. My first thought was, 'No one would believe me if I told them I was right next to a tornado,' so all I could think of was get a quick video," she said. "Because this is just crazy. Then I realized it's moving closer. I need to go."

Fortunately, Mendoza made it to safety.

She wasn't the only one to capture a twister on camera Wednesday. Another person captured video of a tornado as it touched down near Goose Creek Memorial High School.

Residents in Baytown also had a close encounter with a tornado that hit several houses on Main Street, leaving a trail of destruction, from fallen trees to missing roofs.
EMBED More News Videos

Residents spent Wednesday evening cleaning up after a tornado left debris and damaged structures and vehicles.