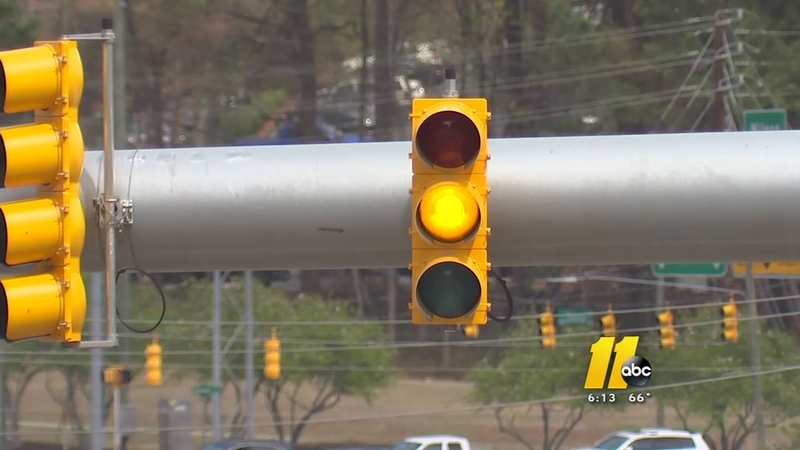 RALEIGH, North Carolina (WTVD) -- This is a story for anyone who likes sitting in traffic.

Raleigh drivers traveling in and around the Crabtree Valley Mall will soon notice two new traffic lights, adding to the 10 signals already in place around the mall.

"It's a nightmare," Raleigh resident Laura Homeyer lamented to ABC11. "I live in North Raleigh and I've worked on this side of town for (13 years) and it used to take me 15-20 minutes door to door during rush hour. Now it's easily 35-40 minutes, even an hour."

The new signals are being installed on each end of Crabtree Valley Way, a less traveled thoroughfare behind the mall but one that bisects two important arterials: Creedmoor and Blue Ridge.

The light at Crabtree Valley Way and Creedmoor will make three signals within a one-quarter-mile stretch on Creedmoor heading north to Glenwood.

"It's impossible to take a left there," Raleigh resident Stella Walton explained to ABC11. "And when you do, you're pulling out in front of cars. I'm frankly glad there will be a light."

Officials with North Carolina's Department of Transportation confirmed to the I-Team the installation of the new signals follow several years of studies and consultations.

Analysts found the Blue Ridge and Crabtree Valley Way intersection was also dangerous enough to warrant a signal, with 26 crashes between 2010-2015.

The reports recommend signalization as the best engineering countermeasure to mitigate the angle type crashes occurring at these locations.

The City of Raleigh's Traffic Operations will assume control over the signals and tie them into the city's network, allowing staff to run timing plans minimizing the delay for commuters.

Both signals are expected to be fully operational by next month.