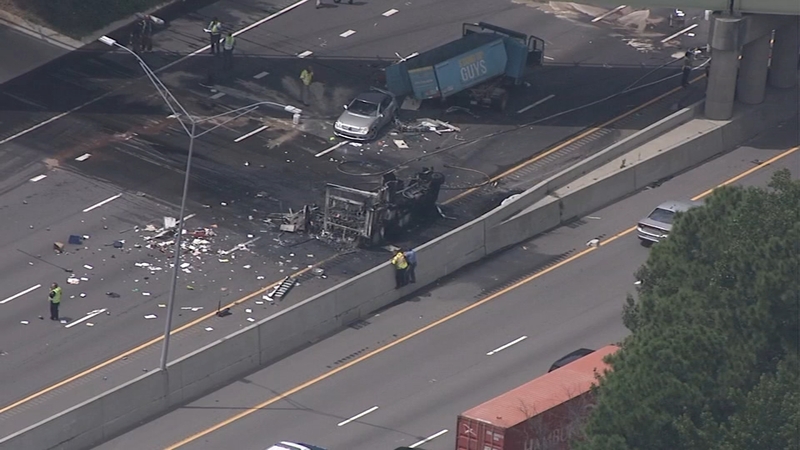 RALEIGH (WTVD) -- A crash and a large fire killed one person and hospitalized three others on Interstate 40 in Raleigh on Tuesday.

The crash happened on eastbound I-40 near South Saunders around 11:30 a.m. and involved a passenger car and two six-wheel commercial trucks.

A GMC commercial truck failed to reduce speed and collided with the Isuzu, spun out, hit the driver of the Mercedes, overturned and caught fire. 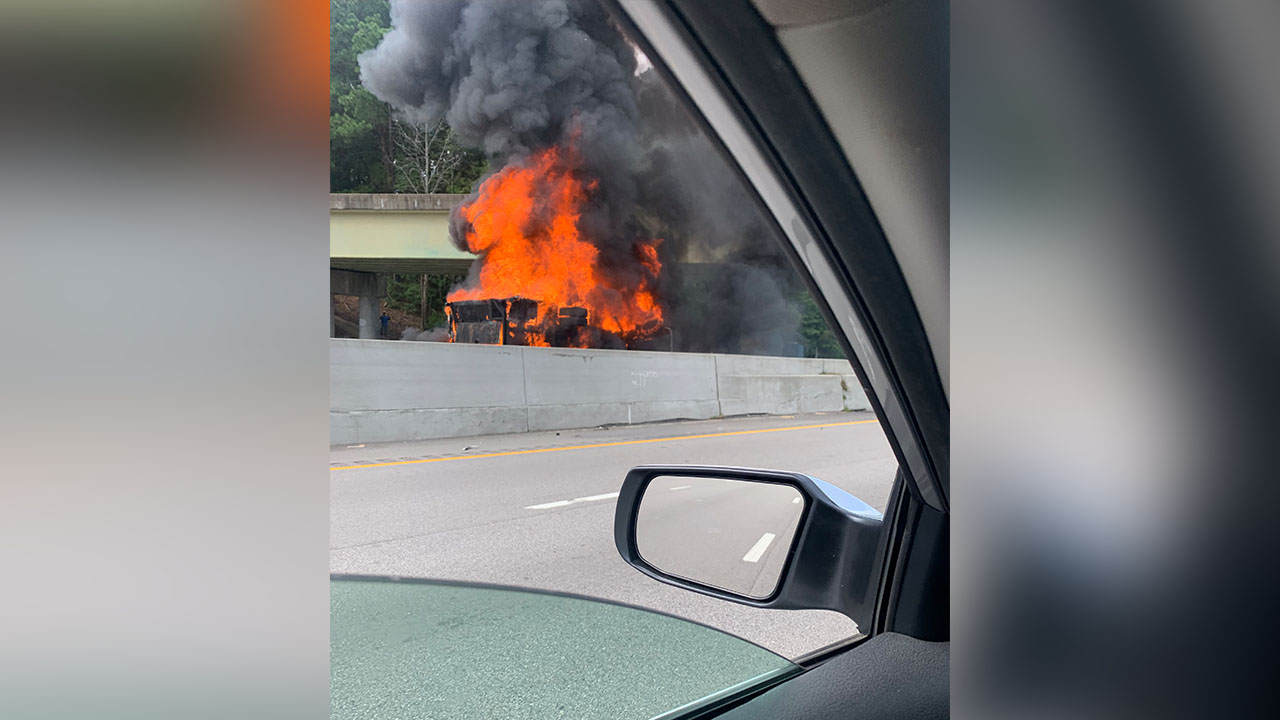 Christina Chavis sent in this photo of Tuesday's fiery crash on I-40 in Raleigh.

Raleigh Police Department said the GMC driver died in the crash. The Mercedes driver who was standing in the street when the crash happened was taken to WakeMed in critical condition. Two other people were taken to the hospital with non-life-threatening injuries.

The crash caused a major traffic backup, closing both eastbound and westbound lanes for an extended period of time. Some westbound lanes were first opened about an hour after the crash, while the eastbound lanes of the highway were closed until just before 6 p.m.

No charges have been filed in the crash.