One of the Triangle's newest roads needs to be repaired. Here's why 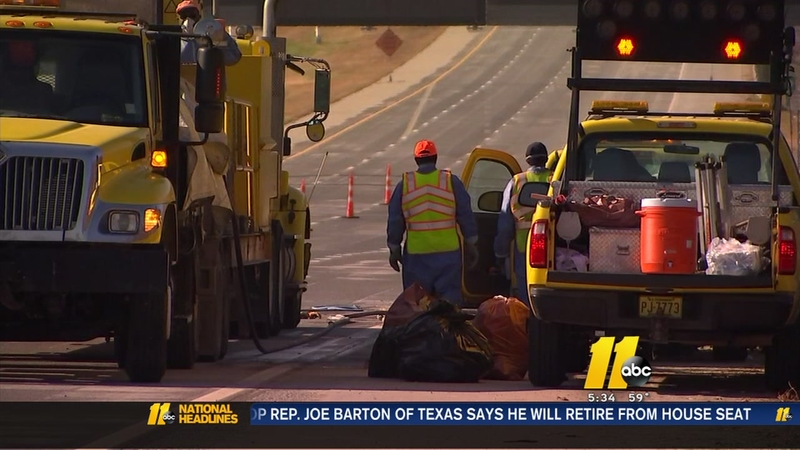 WAKE COUNTY (WTVD) -- The new toll road that extends I-540 south to the 55 bypass isn't that old. The newest stretch opened almost exactly five years ago (on December 20, 2012). But already, crews are having to shore up certain sections.

Crews working along the Triangle Expressway today. The road is only about 5 yrs old, so why the work? We’ll explain on #abc11 at 4:30 and 5:30. pic.twitter.com/nG3nMpXUA5

The work was focused on the shoulder of the road. About a dozen workers, pumping grout (think concrete in liquid form) under the surface of the road to shore up a dip that had developed.

From Chopper 11 HD, you can see where the work was done: at the very tail end of the Expressway. The significance of that? It represents the newest stretch of the road.

Shapiro said they don't know exactly why the road is dipping, but they say it's routine and easy to fix.

"The maximum dip we've had out there is one inch," said Shapiro. "And you may not think one inch is a lot but when you are riding 70 miles an hour and you come across a very small one, you're going to feel that."

Shapiro said there were four dips that needed to be fixed; they waited until a few cropped up to call in a specialized crew whose only job is to fix roads by injecting grout.