3 hurt after Clayton dad crashes, flips truck on I-40 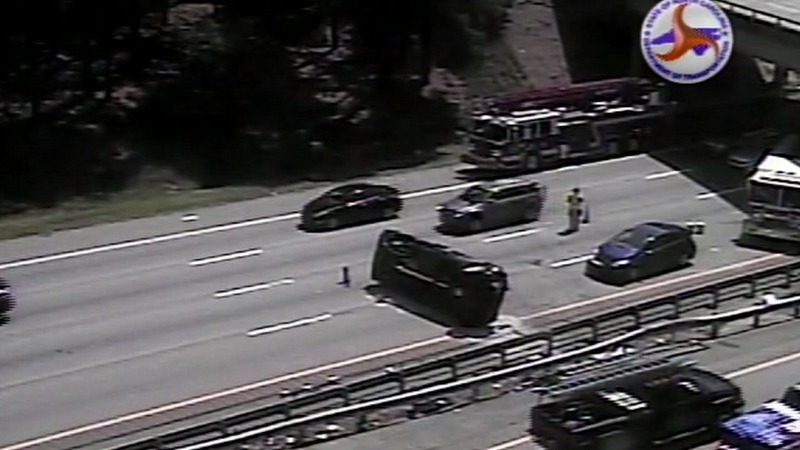 3 hurt after Clayton dad crashes, flips truck on I-40

WAKE COUNTY, N.C. (WTVD) -- The two left lanes of I-40 W near Airport Boulevard are now open after a pickup truck overturned Saturday.

Officials say a father from Clayton was with his wife and three children when their truck flipped roughly three times during a crash on Interstate 40.

The man, who was was driving a Chevy Silverado, reportedly tried to pass a car, but clipped the front of the car while passing, according to NC State Highway Patrol Trooper C.A. Smith.

The wreck was said to have happened after the man "got impatient" and decided to pass the car that was in the far left lane. While he was passing, the back corner of the truck hit the front of the car.