WTVD
By Josh Chapin
RALEIGH, N.C. (WTVD) -- Raleigh drivers can now use Newton Road between Falls of Neuse Road and Six Forks Road after the city finished repairing damage caused by a May sinkhole.

After a heavy rainstorm on May 21, nearly four inches of rain fell within an hour and a half, resulting in a water main to break.

Repairs were made to the stormwater pipe, water and gas mains and the road.

The road was originally supposed to reopen at the end of August.

"It's been very bad because we've been having to cut through this subdivision over here to get back over here," said Duane Griffin, a north Raleigh resident. ""I just came through there just now. I told her I just came through, and I couldn't believe it was open--because they said the end of August." 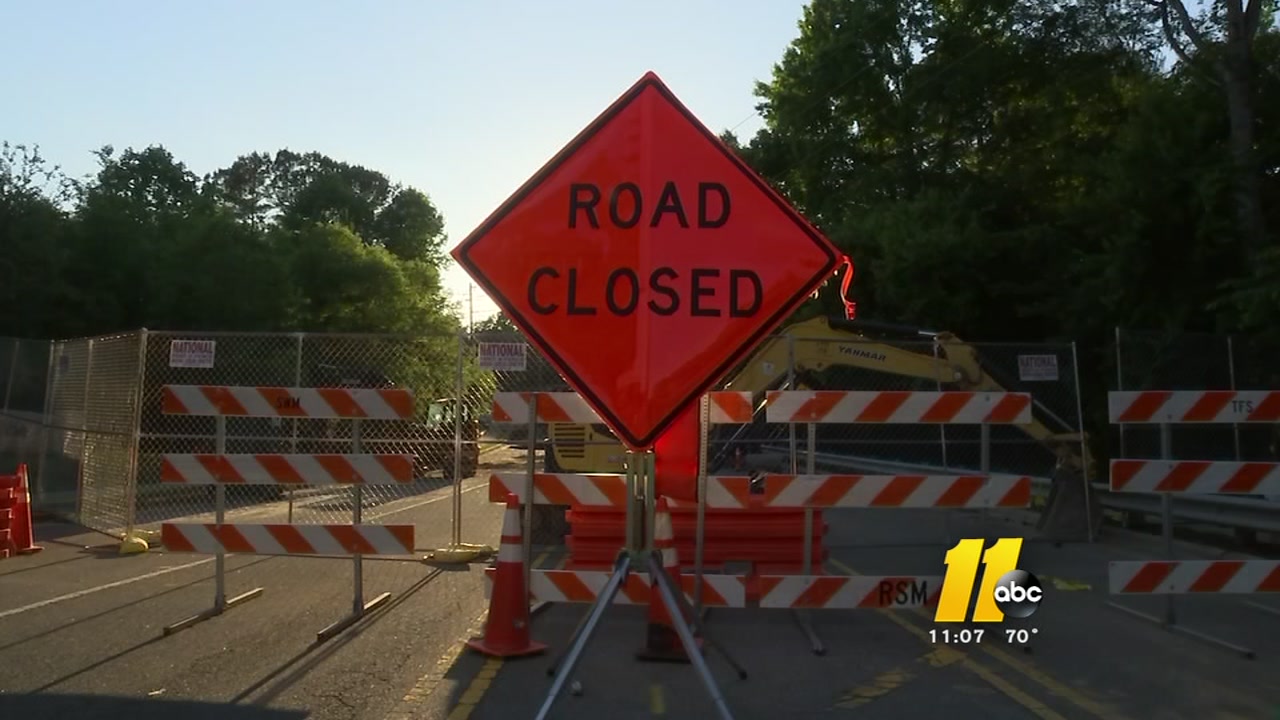 Daniel Jaeger, is the facility manager at Slate Storage, a 594-unit storage facility off Newton Road that's about to open.

"We're brand new," Jaeger said. "We're trying to make a mark in this market and we hope to do really well. "This was from the ground up. It's a brand new building. When the sinkhole happened, we didn't think the bridge would be fixed until late August."

The road opening comes at a perfect time for Jaeger.

"We're trying to open a storage facility and we're kind of invisible right now," he said. ""It's enormous for us. Starting fresh ...people don't know our names here. This is the first Slate Storage in Raleigh."

The new culvert will allow more stormwater to run off through the drainage system without relying too heavily on overflow stormwater pipes during rainstorms.