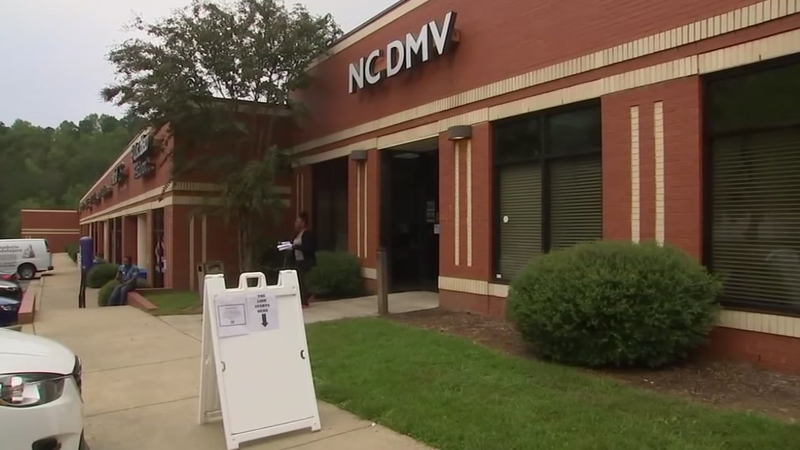 Driver says his wife was affected by DMV backlog

YOUNGSVILLE, N.C. (WTVD) -- Kenny Hicks said his wife, Lauren Bellobuono-Hicks, was convicted of a DWI in 1997 when she was in college. He said she took care of it, but 14 years later, she got pulled over and was told her license was suspended.

"The suspension start date never made it from the courthouse and went into the DMV, wherever, until, I believe, it was 2010," Hicks said.

The Youngsville resident shared documents, showing how the couple tried to prove she had already cleared her driving record.

"We were baffled because to us it felt like double-jeopardy," Hicks said. "She had served the suspension."

But he said they had to go through the process again.

Hicks had to drive her to and from work for several months.

They spent about $2,000 in attorney's fees and she had to take a series of classes.

"Imagine the humiliation of having to go in there and say things that you did or may have done 16 years ago when you made a mistake," Hicks said. "We all make mistakes. But having to retroactively do this stuff again was-It was a toll on her. It was a toll on us."

The North Carolina DMV admits there are about 81,000 people whose driving records need to be updated because of changes in laws. The work is being done, but it takes time, the agency said.

Drivers are sharing their experiences with the backlog on the ABC11 Facebook page.

One driver said he was pulled over for a suspended license although he never had one.

The NCDMV said it can't comment on Bellobuono-Hick's case because of privacy concerns. But it did tell ABC11 that the backlogs didn't start until Dec. 1, 2015.

Hicks is convinced the problems have been going on longer.

"This happened to us in 2010 and it's the same thing," Hicks said. "I think that if it happens in the future, they should notify the driver."