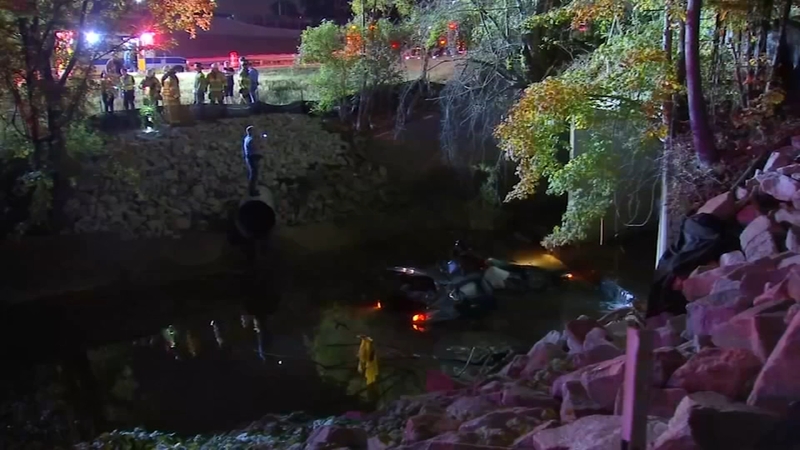 RALEIGH, N.C. (WTVD) -- One man is dead and another was hurt after a car traveling the wrong way went down a ravine and flipped into a creek in Raleigh on Wednesday morning.

The wreck happened around 2:30 a.m. at Capital Boulevard and Wade Avenue, according to Raleigh Police Department. That stretch of road remained closed until about 7:30 a.m.

Jordan Jamal Aytch, of the 1900 block of Brentmoor Drive in Raleigh, was charged with careless and reckless driving, felony death by motor vehicle and driving while impaired. He was taken to a hospital for treatment of serious injuries but is expected to recover.

Do you take Capital Blvd into downtown Raleigh? Be prepared for some slowdowns and backups. Police are investigating a fatal accident and they’ve closed Capital and Wade. Stay with @kimdeanerabc11 for updates. #ABC11 pic.twitter.com/gq7RNgnxoc

Police said it appeared Aytch was driving the wrong way on Capital Boulevard when he lost control and ran off the road to his left, causing his car to flip and land in a creek.

The vehicle was mostly submerged in the creek and the passenger was ejected. Darius Jerrod Allen died as a result of his injuries.