Plan to widen Falls of Neuse gets mixed reaction 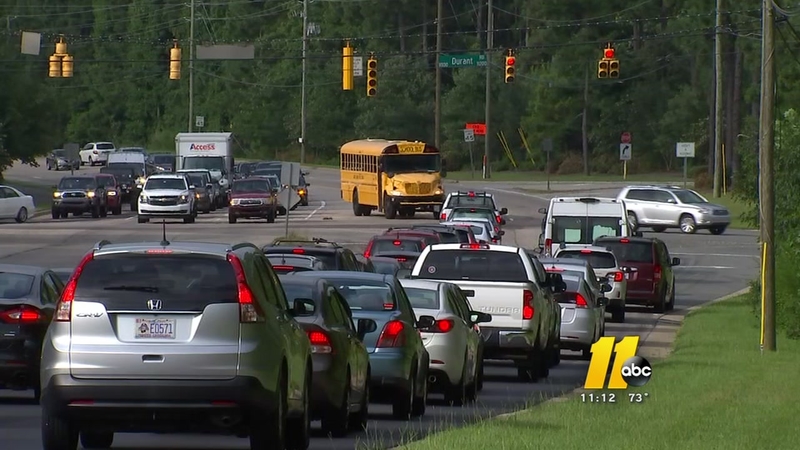 RALEIGH, North Carolina (WTVD) -- The topic of easing congestion and improving safety along a very busy stretch in north Raleigh had many people flocking to a public meeting hosted by the North Carolina Department of Transportation.

The stretch is Falls of Neuse Road between Durant Road and Interstate 540.

"This section of Falls of Neuse between 540 and Durant has a significantly high number of crashes than similar roads across the state," said Ben Upshaw, project engineer with the NCDOT.

The NCDOT is proposing to widen the road to three lanes in both directions with a median. They say it would improve traffic flow. There are two options being considered. One would widen Falls of Neuse primarily on the east side and the other would widen it on the west side. Both options would cost an estimated $7.7 million.

"When we moved, 540 did not exist," said Raleigh resident Heidi Ross. "That was someone's farm fields."

Ross said she has lived in the area for 40 years and has seen a lot of growth and change through the years. She also has to deal with the congestion every day.

"It's extremely busy during rush hour, especially going north at night and at the morning, it's awful going in the other direction," said Ross. "Actually its awful going in both directions.

Overall, she's pleased with either plan. Nancy Ligon, however is not.

She has lived in the area for four years after moving there from California. She said she believes the answer to congestion is more public transportation.

"it's insane. People are cutting through residential areas just to get away from the insanity of the traffic," Ligon said. "They just widened Six Forks, they're widening everything, make it wider and bigger and faster; make them all look like Capital Boulevard."

Raleigh councilman David Cox agreed there is another answer.

"Why not look at some alternatives like 98 where issues with 98 over near 70, why are we not making improvements there to get traffic from the north out to RTP?" Cox asked.