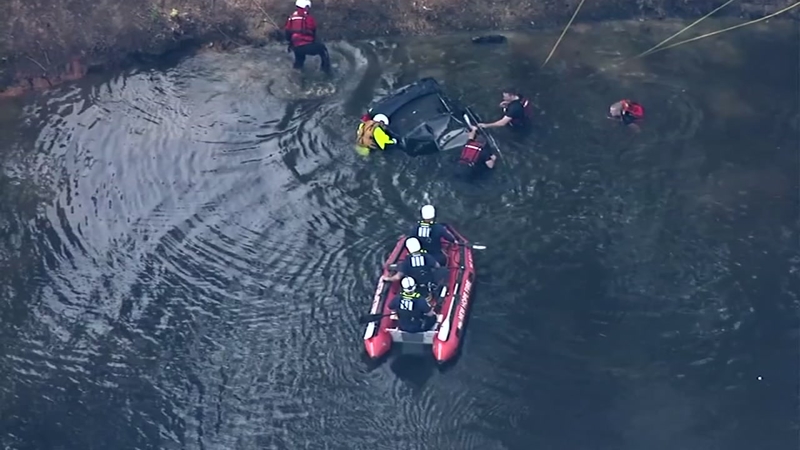 RALEIGH, N.C. (WTVD) -- Emergency crews pulled a man out of a car that was submerged in a Raleigh lake Thursday morning. Raleigh Police later said he died at WakeMed.

Just before 10, officials received a call about a car that drove into Northshore Lake on New Hope Church Road near Deana Lane.

Just walked down to lake - this is the vehicle that went into water. #ABC11 pic.twitter.com/0gSrGlJcjg

Police said Robert Lee Sparks, the driver, was the only person in the car.

Police said Sparks, of Andover Glen Road in Raleigh, suffered a medical emergency causing him to lose control and strike a curb and then a concrete barrier. The vehicle, a 2016 Cadillac, went airborne and landed in the water.

The vehicle flipped and became submerged.

An eyewitness told ABC11 a male driver was heading down the road when it appeared he blew a tire.

She said it appeared he lost control and plunged into the water.