Semi-truck overturns in multiple vehicle crash on I-40 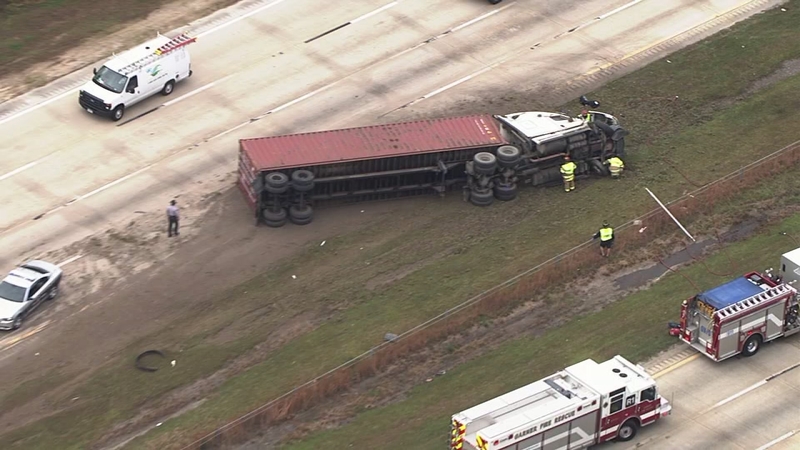 GARNER -- Part of Interstate 40 was blocked for several hours Monday in Wake County near Johnston County after a multiple vehicle accident caused a tractor trailer to overturn.

It happened around 10:20 a.m. near exit 306 at US-70 in Garner. At least two left lanes in both directions are closed due to debris from the collision.

Images from Chopper11 HD showed a tractor trailer on its side and at least four other vehicles damaged.

No word yet on any injuries. Further details surrounding the accident have not been released.

Traffic was backed up until 1 p.m. as authorities worked to clear the area.