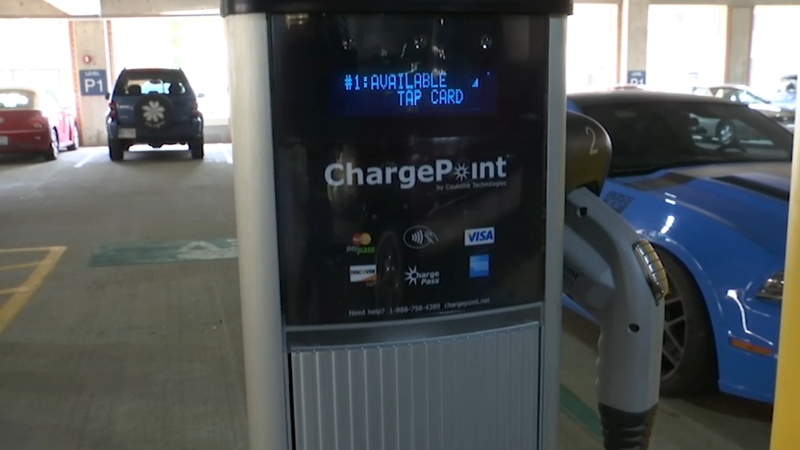 FAYETTEVILLE, N.C. (WTVD) -- Drivers with a green thumb can rest easy knowing that no new fees are coming to charging stations in Fayetteville.

The Public Works Commission and city made the announcement in light of the state law passed in July.

It was written by Rep. John Szoka and signed into law by Gov. Roy Cooper, allowing owners of stations to charge for energy usage.

PWC spokesperson Carolyn Justice-Hinson said they chose not to take that option.

"We don't see much use, as we would like. And we obviously want more people to consider using electric vehicles," Justice-Hinson said.

Data sent to ABC11 revealed that there has been a steady climb in usage every year. But Justice-Hinson said it does not justify adding a charge.


"So the commission had decided to continue providing that free of charge," Justice-Hinson said.

According to data gathered by PWC, many of the users are regulars or people from out of town. Justice-Hinson said she believes many of those people are visiting the parks.