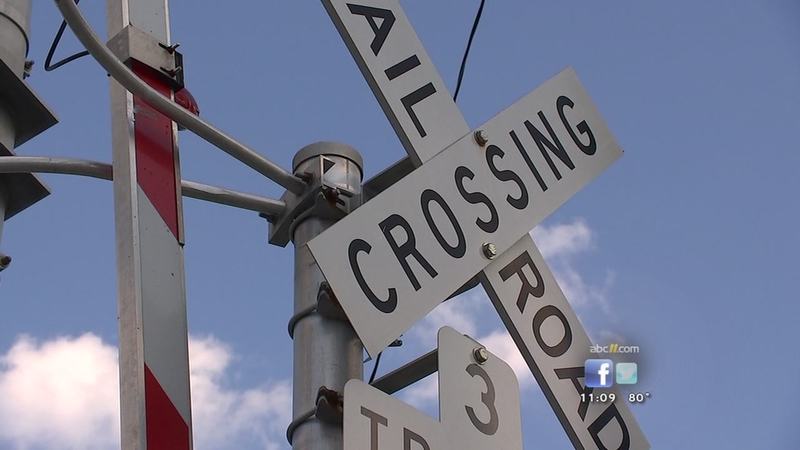 That's the message offered Wednesday from transportation officials after a train slammed into a car trying to cross the tracks in Durham County.

It happened just before 11:00 a.m. Wednesday at the crossing at E. Pettigrew and Driver streets, sending the driver to the hospital.

RELATED: Train slams into car, drags it in Durham

The violent collision was the 29th such incident in North Carolina this year, according to the NCDOT, and officials say Wednesday's crash in Durham underscores the need for drivers and pedestrians to obey all warnings and signs.

This Durham collision on Wednesday at the crossing at E. Pettigrew and Driver streets sent the driver to the hospital.

"Always expect a train - from any direction and at any time," warns Roger Smock, NCDOT's Rail Safety Consultant. "We're talking about masses and weights that are beyond anything you see on the highway."

North Carolina's rail system spans 88 counties and 3,300 miles of track, which facilitates a network of passenger routes for Amtrak, and even more use by freight companies such as North Carolina Railroad Company, CSX Transportation and Norfolk Southern.

A spokeswoman for Norfolk Southern confirmed to ABC11 that one of its trains was the one involved in Wednesday's incident.

"It is important for drivers to be cautious at all roadways that cross railroad tracks," Susan Terpay, Director of Public Relations at Norfolk Southern Corporation wrote in a statement to ABC11. "There was a 'Crossbuck' (an 'X' shaped warning sign) at this crossing alerting drivers and pedestrians that there are railroad tracks ahead."

National figures suggest about 1,200 people die each year on U.S. train tracks. According to Smock, at least seven have died in 2017 thus far, well ahead of the pace for last year (eight).

The NCDOT's BeRailSafe campaign offers the following tips about the dangers of being on and around railroad tracks.