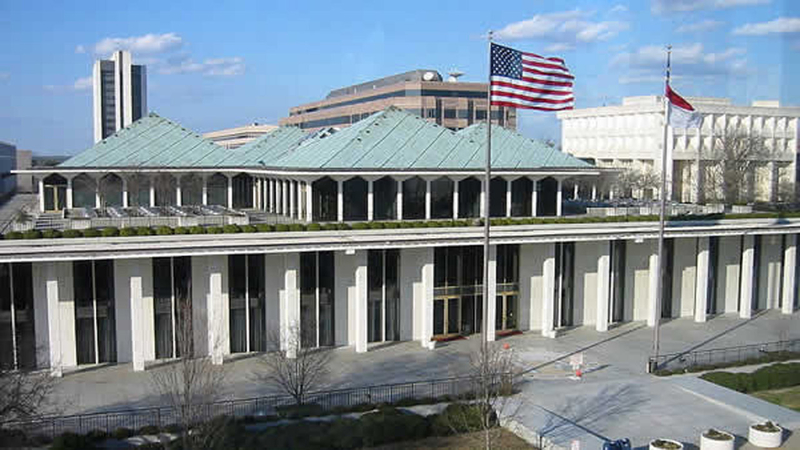 RALEIGH (WTVD) -- Transgender woman Angela Bridgman arrived at the legislature Wednesday on a mission to get her message across to House Bill 2 supporters. She visited a number of lawmakers.

"I belong in this state, no matter what anybody says," she explained to Sen. Buck Newton's receptionist. "Nothing bad ever happened."

Wednesday was LGBT Advocacy Day at the General Assembly. Opponents of House Bill 2 took a personal approach bringing their stories straight to lawmakers.

"They don't understand the impact of what they do on real people," Bridgman said.

The Air Horn Orchestra protests for the seventh consecutive week.

The mom of a transgender teen pleaded with lawmakers to repeal the law.

"I'm asking for all North Carolinians to be respected and protected," Jean Duwve said.

A Republican congressman is also blasting HB2. United States Sen. Richard Burr said he has "issues" with the legislation.

Burr told the Huffington Post, "the legislature botched what they were trying to do" and the bill "was far too expansive."

Democrats are surprised Burr is taking this position.

"I'm sure that the pressure is building on him as well," said Rep. Chris Sgro, who is also the Executive Director of Equality NC. "The economic harm has been so great, I'm sure in Washington -- with his role in the US Senate -- that's he's hearing from companies asking 'What the heck is your state doing?' "

ABC11 reached out to Burr's spokesperson, but his office said he would have no comment.