The Federal Highway Administration delivered its "Record of Decision," which is the final hurdle and sets a route for the "Complete 540" plan.

After years of studying various route alternatives, the Record of Decision confirms the orange-green-mint-green route as the selected alternative.

"We are excited to hit this milestone for a project that has been a priority for the local communities, metropolitan planning organization, and regional business community," said North Carolina Turnpike Authority Executive Director Beau Memory. "This is a critical step in advancing a project that has received nearly 30 local resolutions of support calling for the completion of the 540 outer loop."

The project had been held up for various reasons, primarily, the path the major thoroughfare would take and how it might affect endangered animals. 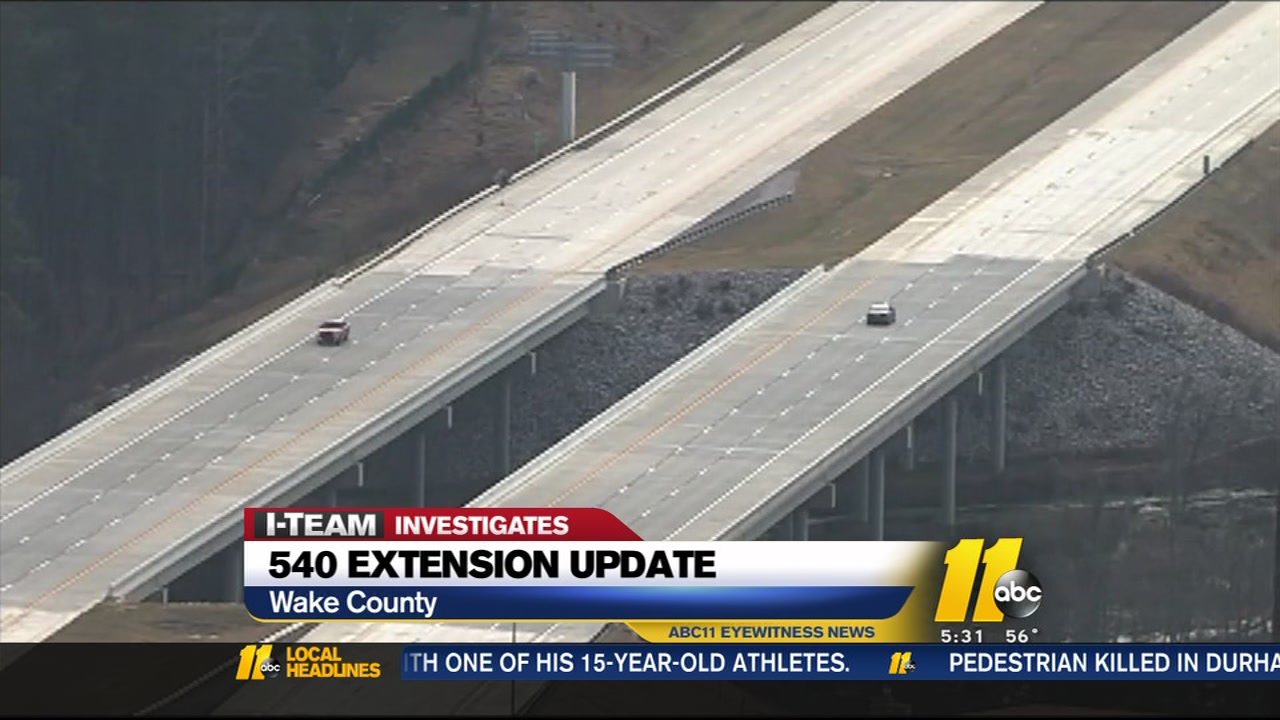 NCDOT clears last major hurdle in 'Complete 540' project
After decades of conversation and consternation, the last major hurdle has been cleared in the state's effort to complete the "Outer Loop" around the Capitol City.

This approval allows NCTA and the North Carolina Department of Transportation to move the project forward. The project will extend the existing Triangle Expressway from the N.C. 55 Bypass in Apex to U.S. 64 / U.S. 264 (I-495) in Knightdale.

"The final approval of 540 - the regional business community's top transportation priority - is a great day for our entire extended market," said Regional Transportation Alliance Executive Director Joe Milazzo II, P.E. "The 540 extension will provide free-flow mobility and direct linkages to I-40, I-87 (U.S. 64-264 bypass), future I-42 (U.S. 70 Clayton bypass), and I-540 itself - creating a resilient regional transportation network for our growing region - while serving commuting, transit, commerce, and tourism."

The Record of Decision allows NCTA and NCDOT to acquire land needed for the project's right of way, obtain environmental permits and advance construction plans. The first of three construction contracts is now in the procurement process and the other two contracts will begin procurement later this year.

"This is wonderful news, as the Complete 540 project will better connect communities across the region and benefit drivers on our local roads," said Holly Springs Mayor Dick Sears. "I fully support the completion of this critical road project as soon as possible and this is "regionalism" at its best."

Sears said he's been working on the project since the early 2000s.

Craig Ashby moved to Holly Springs from England more than 20 years ago for a job with IBM at RTP.

"It was 23 miles one way and I had pass through 42 sets of traffic lights, which is crazy, right?" Ashby recalled, referring to his commute without the toll road. "So when the toll road opened, it was like having your own private highway right because nobody wanted to use it. To me it was a no brainer."

Another Holly Springs resident, identified only as Ken, said "We shouldn't have to pay for that -- the other side gets it free -- so why shouldn't we get it free?

"I have a pass because I have a wife but that's why," he added.