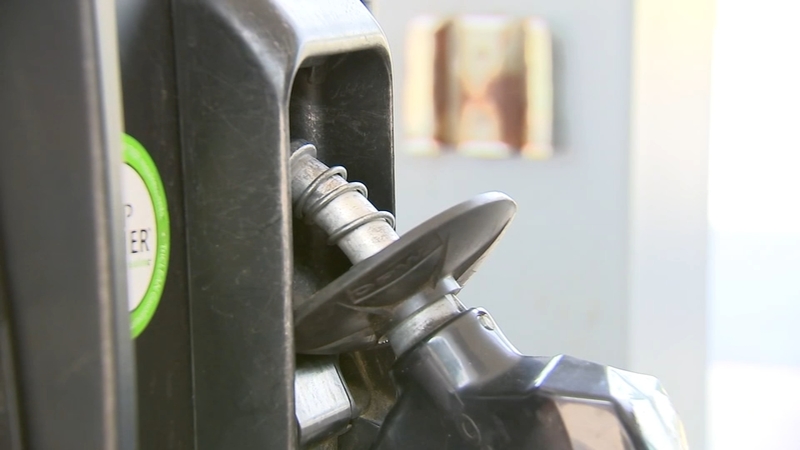 Gas prices are creeping up

This comes after this weekend's drone attacks on two major oil facilities in Saudi Arabia.

"Americans can expect local pump prices to start to increase this week," Jeanette Casselano, AAA spokesperson, said in a statement. "The jump could end up being as much as a quarter per gallon throughout this month."

"I would really hate to see that, honestly, especially people my age," said Chance Beacham, 20, who goes to NC State. "That's going to affect us a whole lot getting around town, things that are immediately related to living life, like gas prices."

"It's worrisome," said Michael Banner, who lives in Raleigh. "It's a big deal, especially driving an SUV. You've got gas mileage, not great on these things. I have to go to work about 30-35 minutes from my house. It's going to affect me and definitely, my budget."

The national average for a gallon of gas is $2.59 Tuesday, according to AAA.

The Citgo on South Saunders Street in Raleigh said it increased gas prices by 20 cents overnight to $2.45.

"I noticed that the prices went up," said customer Michael Eggert. "They jumped up."

"It'll be temporary because the Saudis have already said they're going to be able to get back to full production rapidly," he said. "They have reserves they can release. We have reserves we can release. The world has lots of oil."

However, Walden said there is an exception.

"Now that said, if this attack is the first of many -- if the United States and the Saudis get involved in a shooting war with Iran, who we blame, then all bets are off," he said. "I don't know what will happen. Presumably oil prices would go up a lot if the oil supplies out of the Middle East are disrupted."

AAA is keeping an eye on the trend.

"This trend will likely continue, but whether this increase will be short or long-term will be determined by how quickly the facilities can recover and get back online," Tiffany Wright, of AAA Carolinas said in a statement.
Report a correction or typo
Related topics:
travelnctravelgas pricesaaa
Copyright © 2021 WTVD-TV. All Rights Reserved.
More Videos
From CNN Newsource affiliates
TOP STORIES